The Crüe is back and better than ever. Now let's see how much you know about them.

Quiz Answer Key and Fun Facts
1. After Nikki found out his mom had been admitted to a mental hospital, he went to visit her. As soon as he entered the room she asked if he wrote that song about her. What song was it?

Nikki never admitted if he had or not. I read this in the band's autobiography "The Dirt".
2. Vince was sentenced to 30 days in jail for his vehicle accident. He was left out early on good behavior. How many days early was he let out?

He said it was like a luxury prison. He only served 19 days. He was ordered to pay over 2 million in restitution and serve community service.
3. When Tommy's girlfriend Bobbie Brown had him arrested for assault he spent the weekend in prison. This gave her time to clean out his house of anything she wanted. True or false. All she left him was a fork in the dishwasher.

This wasn't the only time he was arrested for assault. He spent 6 months in jail for assaulting Pamela Anderson. I read this in "The Dirt".
4. On what day did the "Sick Love Song" video premiere on VH1?

It premiered during the 8 am hour.
5. Which of Tommy's children is older?

He was born May 6, 1996. Dylan was born December 29, 1997. Their mother is Pamela Anderson.
6. When Nikki found out his grandmother had died, he planned to go to her funeral. Unfortunately, he was too strung out on heroin to attend. He was devastated. After this what song did he write about her death?

The song was featured on the album "Girls, Girls, Girls". It is a minute and a half of repeating "Nona, I'm outta my head without you"
7. When touring Europe the Crue and the band they were touring with were staying in the same hotel. The Crue threw the beds from a member of the band's room out and they landed on 2 new cars. The other band got blamed for it and kicked out of the hotel. Who was the other band?

To this day Nikki admires Dio for not ratting them out.
8. Which of these had Tommy not done during a concert?


Answer: Light himself on fire.

During some of their early shows Nikki would light his legs on fire. He says he didn't mind the pain.
9. Nikki urinated on the the guitarist from what band?

Rick Nelson had this fake leather jacket that Nikki kept saying he wanted to pee on. Well, Nikki got drunk and got his wish. He regretted it though. I read this in "The Dirt".
10. What surgery did Mick have to undergo before he could join the 2005 reunion tour? 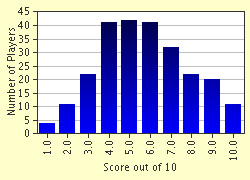 
Other Destinations
Explore Other Quizzes by Starwarsfreak1