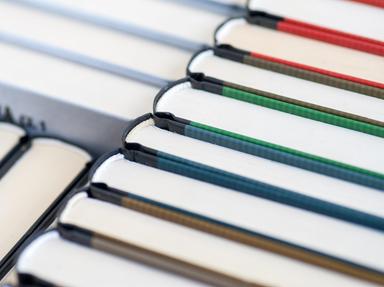 Boccaccio was a 14th century Italian writer, known for the fact that he wrote in the Italian vernacular (as well as the more widely used Latin), and used realistic rather than conventional dialogue. He is probably most familiar as the author of "The Decameron", a collection of 100 stories presented as being told by a group of three men and seven women holed up in a suburban villa near Florence to stay secure from the Plague.

The Princely Tales of the Decameron

10 questions
Tough, 10 Qns, WesleyCrusher, Apr 13 14
Ten days, ten companions, ten novels per day - this is Boccaccio's "Decameron". For the following ten questions, I have selected the ten stories told by the daily chosen queen or king - the "princely tales", if you so wish.
Tough
WesleyCrusher

For Decameron Lovers 20 questions
Tough, 20 Qns, magari420, Feb 27 01
A challenging quiz about the 'Decameron'...and if you haven't read it yet, well...start reading! NOTE: When refering to stories the roman numerals are the day and the number is the story. If there are any errors please bring them to my attention!
Tough
magari420
Feb 27 01
309 plays
3.