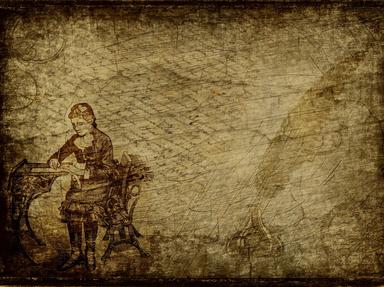 Moss Hart collaborated with George Kaufman to write a string of successful plays starting with "Once in a Lifetime" (1930), and ending with "George Washington Slept Here" 91940). "You Can't Take it With You" (1936) won the Pulitzer Prize for Drama, and was adapted into a 1938 film which won the Academy Award for Best Picture. "The Man Who Came to Dinner" (1939) was written asa vehicle for their friend Alexander Woollcott, and many of the characters were recognisably based on members of their friendship circle.
1.

You Can't Take It With You 10 questions
Tough, 10 Qns, looney_tunes, Aug 02 17
"Do I dare / Disturb the Universe?" (T.S. Eliot, 'The Love Song of J. Alfred Prufrock') For the characters in this play by George S. Kaufman and Moss Hart, the answer is an emphatic "Yes!" Can you match these characters with their eccentric pursuits?
Tough
looney_tunes

The Man Who Came to Dinner 10 questions
Average, 10 Qns, durikaj, May 17 04
A short quiz about a rather hilarious older comedy, written by Moss Hart and George S. Kaufman!
Average
durikaj
May 17 04
324 plays
3.