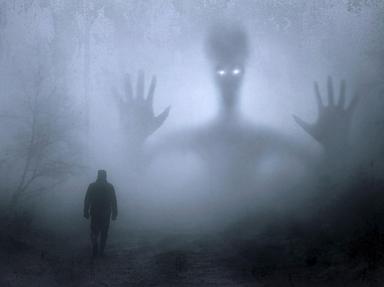 Stephen King's first published novel has been called a modern classical of the supernatural (Michael Berry, at common sense media). It was made into a film in 1976 by Brian de Palma, with Sissy Spacek in the title role, and again in 2013. Then there was a 1988 Broadway musical (with a 2012 revival) and a 1999 film sequel, as well as a 2002 made-for-television film. These quizzes are about the original book.
There are 7 quizzes and 95 trivia questions in this category.

A new quiz every hour! Over 95 questions in rotation. Recent Scores

"Carrie" by Stephen King (The Book)

20 questions
Tough, 20 Qns, Quiz_Beagle, Dec 10 06
This is a Stephen King book that was also a fantastic film. Will we ever forget the hand? Enjoy the quiz! Has spoilers.
Tough
Quiz_Beagle

Do You Remember "Carrie" ? 15 questions
Average, 15 Qns, pezkic, Jan 25 03
Welcome to Pezkic's Carrie Quiz! Rescued out of the trash by King's wife Tabitha, this is the book that started it all. Let's see if you remember Carrie as well as the survivors of that fateful prom night do. Good luck!
Average
pezkic
Jan 25 03
5649 plays
4.

Stephen King's "Carrie" 10 questions
Average, 10 Qns, danceswithcows, May 15 05
See how much you know about King's story about a girl who finally takes action against her antagonizing classmates.
Average
danceswithcows
May 15 05
2580 plays
6.

Carrie 20 questions
Tough, 20 Qns, npotenza, Apr 14 01
Stephen King's first published novel. It is one of my personal faves. I got details from the book. There are also a few questions based on the movie.
Tough
npotenza
Apr 14 01
3870 plays
7.

The Master of Horror, Stephen King's ~ Carrie 10 questions
Tough, 10 Qns, EdelKing, Apr 01 04
This is my first quiz. I've based it on a book that I recently read and one which I thoroughly enjoyed. Hope you enjoy this quiz.
Tough
EdelKing
Apr 01 04
2085 plays
This is category 10588