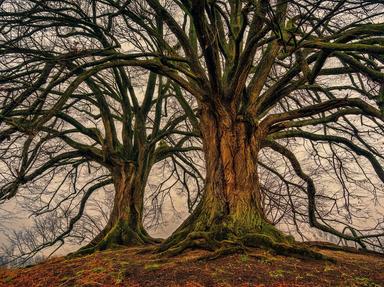 Trivia quizzes on the topic of Common Nationalities. How much do you know?

Actors Playing Brits 10 questions
Average, 10 Qns, hews, Nov 01 14
This quiz is about some British characters in movies and the non-Brits who played them. These questions get progressively harder. Enjoy!
Average
hews
3036 plays
2.

Ireland On The Silver Screen: Reel One

10 questions
Easy, 10 Qns, darksplash, Dec 19 17
Ireland has a long tradition as a place to make movies, and a place where movies are set. That heritage dates to 1910. See if you can identify these 10 movies with a setting in the Emerald Isle.
Easy
darksplash

Wales and the Welsh in Hollywood.

10 questions
Easy, 10 Qns, poshprice, Oct 28 08
As a Welsh person myself, I felt a strong desire to create a Welsh-orientated quiz. Questions will cover movies filmed or set in Wales, as well as the Welsh movie stars that have cracked Hollywood. Enjoy.
Easy
poshprice
1293 plays
4.

Actors playing Russians 10 questions
Average, 10 Qns, hews, Jun 09 21
This quiz is about some Russian characters in movies and the non-Russians who played them. These questions get progressively harder. Enjoy!
Average
hews
Jun 09 21
1356 plays
5.

Actors Playing Irish 10 questions
Average, 10 Qns, hews, May 17 04
This is the fifth quiz in a series on actors playing characters of a different nationality. Here are ten questions about ten Irish characters and the ten non-Irish actors who played them. Good luck!
Average
hews
1146 plays
6.

The Irish in Tinseltown

10 questions
Average, 10 Qns, dsimpy, Jan 21 11
Here's a quick look at just a few of the Irish actors who have made it to the silver screen. The answers are a mixture of the actors' names, the films they were in, and the characters they played.
Average
dsimpy
660 plays
7.

Actors Playing Germans 10 questions
Average, 10 Qns, hews, Apr 24 05
This quiz is about some German characters in movies and the non-Germans who played them. These questions get progressively harder. Enjoy!
Average
hews
1065 plays
8.

Ireland On The Silver Screen: Reel Two 10 questions
Average, 10 Qns, darksplash, Jan 05 18
From the 'easy' rating of the first reel of this quiz challenge, it seems quite a number of you know your potatoes when it comes to movies made in Ireland. Here are 10 more to find.
Average
darksplash

Italian-American Stars 10 questions
Average, 10 Qns, mickeygreeneyes, Jun 24 08
The sons and daughters of Italy have made their marks in acting. How much do you know about them?
Average
mickeygreeneyes
981 plays
11.

Without Aussies, There'd Be No Hollywood! 10 questions
Tough, 10 Qns, odo5435, Apr 09 12
OK, I'll admit this quiz's title may be a slight exaggeration, but famous and memorable Australians have been part of the Hollywood scene since the very beginning.
Tough
odo5435
378 plays
12.

The Great White North: In the Movies! 10 questions
Tough, 10 Qns, napierslogs, Oct 03 16
This quiz deals with Canadian actors and Canadian movies. Have fun, and then go out and see some of these great movies, if you haven't already.
Tough
napierslogs
Oct 03 16
606 plays
13.

Native Characters in the Movies 10 questions
Difficult, 10 Qns, shvdotr, Aug 05 13
Here are some films I used in teaching a class called Native American Studies. Can you identify Native characters in them?
Difficult
shvdotr

Italian-American Stars II - Let's Do it Again 10 questions
Difficult, 10 Qns, mickeygreeneyes, Apr 10 04
Continuing our tribute to the star actors and actresses who trace their ancestry to the Boot.
Difficult
mickeygreeneyes
597 plays
15.

Mexican Cinema of the 80s 10 questions
Tough, 10 Qns, sorais, Oct 02 05
I'll give you some info on the film, you give me its title. (I've translated titles when there was no English title available).
Tough
sorais
276 plays

Costner wanted to do a British accent in the film, but Director Kevin Reynolds asked to keep his original accent. - From quiz: Actors Playing Brits
Tom Cruise.

The film, directed by Ron Howard, was set in the 1890s and also starred Nicole Kidman. - From quiz: Actors Playing Irish
Sean Connery.

$20,000 was spent on Sean Connery's hairpiece for this film. - From quiz: Actors playing Russians
The Field.

"The Field" was based on John B. Keane's 1965 play of the same name. The play continues to be a regular feature of the vibrant amateur drama circle in Ireland.

The story centres around an Irish farmer who has rented a field from a local widow for 10 years. When the widow decides to sell the field by auction, dark passions of greed, jealousy and anger emerge.

Nothing is made any easier by the presence of an incoming American who wants the field for a hydroelectric plant.

All this proves too much for one of the characters and he turns to violence, with fatal consequences.

While the play had always been well received, the movie was a commercial and critical failure. - From quiz: Ireland On The Silver Screen: Reel One
Omar Sharif.

This film won five Academy Awards, but none for any acting roles and it also missed out on Best Picture. - From quiz: Actors playing Russians
Brad Pitt.

Brad Pitt apparently did all he could to get out of this role, but backed down when he was threatened with a lawsuit. This stands in stark contrast to the other film in this quiz where Pitt played an Irishman! Brad Pitt approached Guy Ritchie directly for a role in "Snatch" and was reportedly prepared to do whatever was needed to land a role in the film. - From quiz: Actors Playing Irish
Ivan Drago.

Ivan Drago kills off the character of Apollo Creed in this film. - From quiz: Actors playing Russians
This is category 11634
Last Updated Jun 24 2021 7:25 PM