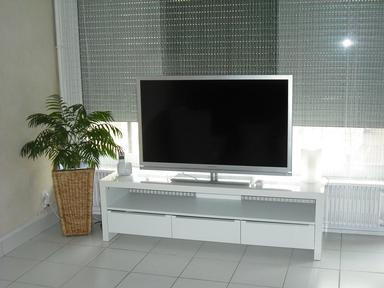 A new quiz every hour! Over 110 questions in rotation. Recent Scores

10 questions
Very Difficult, 10 Qns, IKSOKRIPS, Feb 26 16
Preparations for the Vulcanalia have began. Gladiators are chosen and matched up against each other. But Spartacus doesn't seem very happy about the whole situation... and he is not going to just stand by and do nothing about it.
Very Difficult
IKSOKRIPS
Feb 26 16
102 plays
2.

10 questions
Average, 10 Qns, stanlove35, May 24 10
As Batiatus's most trusted slave, Doctore served as the ludus gladiator trainer during season one. Here are 10 questions to test what you know of the once celebrated gladiator.
Average
stanlove35
May 24 10
354 plays
3.

"Spartacus: Blood and Sand" (Episode 2) 10 questions
Average, 10 Qns, stanlove35, May 10 10
Visibly weary of enslavement and separated from his wife, the embattled Spartacus arrives at the ludus of Quintus Batiatus to begin gladiatorial training.
Average
stanlove35
May 10 10
342 plays
4.

"Spartacus: Blood and Sand" (Episode 1) 10 questions
Tough, 10 Qns, stanlove35, Apr 29 10
After being accused of deserting a Roman auxiliary, episode one portrays Spartacus as a Thracian warrior captured and sentenced to die at a gladiatorial arena.
Tough
stanlove35
Apr 29 10
444 plays
6.

"Spartacus: Blood and Sand" (Episode 4) 10 questions
Average, 10 Qns, stanlove35, Jul 12 10
After a less than stellar performance against Crixus, Spartacus is forced to fight in the pits to continue his quest of being reunited with his wife.
Average
stanlove35
Jul 12 10
240 plays
8.

"Spartacus" - S01E02: "Sacramentum Gladiatorum" 10 questions
Tough, 10 Qns, IKSOKRIPS, Feb 16 15
Spartacus is introduced to his new home and the all the rough Gladiators in it. Training brutally night and day to pass the upcoming, unwanted and despised test to become a Gladiator himself.
Tough
IKSOKRIPS
Feb 16 15
117 plays
10.

"Spartacus: Blood and Sand" (Notable Quotes) 10 questions
Tough, 10 Qns, stanlove35, Jun 09 10
Pooled with a collection of accents, one of many idiosyncratic styles of the series was its satirical use of language. Here is just a tidbit to test your knowledge of who, when, where and why the phrases were ever so spoken.
Tough
stanlove35
Jun 09 10
315 plays
11.