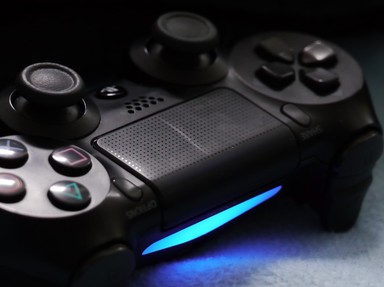 Trivia quizzes on the topic of Heavy Rain. How much do you know?

Quick Question
What is the name of the character who is a bored, rich, party-throwing socialite and is a suspect in the Origami Killer investigation?
1.

Lost in the Park: "Heavy Rain" 10 questions
Average, 10 Qns, eburge, Oct 11 10
As if losing his first son, Jason, wasn't enough, Ethan Mars was hit again with the kidnapping of his second son, Shaun, who was taken at the park. This quiz is about the interactive drama "Heavy Rain" for the PlayStation 3.
Average
eburge

10 questions
Average, 10 Qns, jcpetersen, May 08 10
Described as its creators as an "interactive drama", this PlayStation 3 video game puts you on the hunt for the Origami Killer in order to find out "how far are you prepared to go for love".
Average
jcpetersen
561 plays
4.

Jason wanders off from his father in a crowded shopping center. His father frantically searches for him, only to find him on the other side of a street. Jason rushes to reunite with his father and is hit by a car.

This chapter in the game is the closest to the real life inspiration behind "Heavy Rain". Several years before the game was released, writer/director David Cage lost track of his son Quentin for a few minutes in a crowded shopping mall. Quentin was found safe, but those few minutes of terror are the origin of the game.

Shaun Mars is the boy abducted by the Origami Killer during the game. - From quiz: Heavy Rain (PS3)
orchid.

It was revealed that this symbolized the killings as not being personal. This meant that the Origami Killer didn't have a vendetta against the children. - From quiz: "Heavy Rain"
Norman Jayden.

Norman's Triptocaine addiction makes for some interesting gameplay sections, as the screen blurs and tilts when he experiences withdrawal symptoms.

Norman conducts investigations using a futuristic Added Reality Interface, or ARI, which is composed of glasses and a glove. This makes it possible to find and review clues in an augmented virtual reality. - From quiz: Heavy Rain (PS3)
Drug withrawal.

In the game, Norman sometimes takes out the drug and the player can decide whether or not he takes it. Norman is one of the four main characters of the game. - From quiz: "Heavy Rain"
To test the fathers.

The Origami Killer had an abusive father. When he was young his brother got trapped in a pipe filled with water. The young killer went to his father to help, but he ignored him. His brother ended up drowning. This is where the killer got his inspiration to put the children in a well that was slowly filling with water until they finally drowned. - From quiz: "Heavy Rain"
Lauren Winter.

Lauren was a mother of one of the Origami Killer's victims. Scott saved her once and later she agreed to help him. Scott Shelby was a private investigator. - From quiz: "Heavy Rain"
The Taxidermist.

"The Taxidermist" focuses around Madison Paige, and the events in her life prior to meeting Ethan Mars. As a journalist, she is sent by her boss to question Leland White, an Origami Killer suspect. However, White is not at home when Madison arrives, so she breaks in and photographs some rather gruesome figures. During her investigation, White returns home, so Madison must try to escape the house alive. There are a number of different endings depending on Madison's actions. - From quiz: Lost in the Park: "Heavy Rain"
This is category 19805
Last Updated Jun 24 2021 7:25 PM