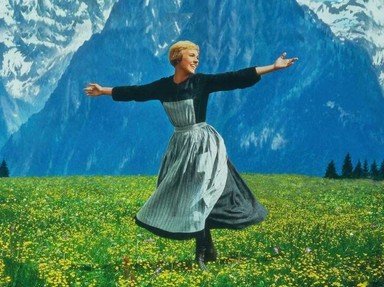 I have seen most of Julie Andrews's movies and I think she is a truly great actress. Hopefully you do, too. :-)

Quiz Answer Key and Fun Facts
1. Which of the following movies was filmed in Austria?

It was her screen debut. And a good one indeed!
3. Which of the following was NOT a musical?

After portraying singing nannies in her first two movies, she was stereotyped as one. The audience had a hard time accepting serious non-musical roles from her.
4. In which two movies did Julie star with the same co-star?


Answer: "The Americanization of Emily" & "Victor/Victoria"

Julie even said she found some similarities in their characters. (Info found in the book: "Julie Andrews: A Life on Stage and Screen")
6. In which movie did she play a German spy?

It was the first film she made with her director/producer husband, Blake Edwards. The total cost of the making of the movie summed up to 24 million dollars, when originally it was supposed to be only 10 million dollars! (found in Julie Andrews: A life on Stage and Screen)
7. Which of the following movies did Julie NOT play in?

She played in the Broadway version of "Camelot".
8. Who was her co-star in "The Sound of Music"?

Audrey Hepburn was hired because Julie Andrews hadn't made any movies yet at that time, and the producers decided they need a star.
10. Which of the following movies was based on a true story?

The book from which it was made is called "The Story of the Trapp Family Singers", and was written by the Baroness Maria Augusta von Trapp. And it IS a true story.
Source: Author Julie~ 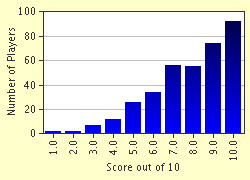 
Other Destinations
Explore Other Quizzes by Julie~