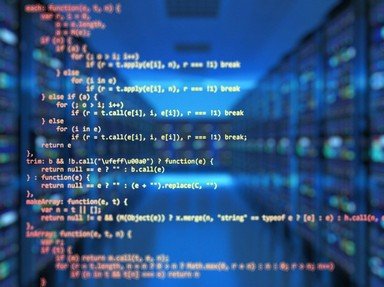 This quiz is designed to test your understanding of basic computer security aspects as well as a little history.

Quiz Answer Key and Fun Facts
1. McAfee, the internet security company, became a subsidiary of which of these in 2011?

McAfee was established in 1987, and swallowed up several other security companies itself, before being taken over by Intel. Its symbol of a white shield on a red background is instantly recognizable.
2. Which of the following types of attacks do hackers use to gain information from you without the use of specialized computer programs?

Believe it or not, it is possible for skilled hackers to gain important information from you without using specially programmed software. This type of attack is called Social Engineering, and it is basically a situation in which the hacker tries to gain your trust and then uses that trust against you.

A great example of a Social Engineering attack took place in the movie "Hackers", when the main character called up the security guy in the TV company, and pretended to be a student whose computer just crashed. By doing this, he eventually managed to get the modem number that he needed.
3. Which of these services was originally designed for network administrators to work remotely on different computers in their network but is now mostly used by malicious hackers?

Telnet is a specialized service which was originally used by network administrators, although these days, there are many other uses for it, such as connecting to a web-server and spoofing (providing fake) information about yourself. I will also give you a short description of the other services:

ICMP (Internet Control Message Protocol): This service allows you to perform various functions, such as checking if a host is alive.
4. Which of the following isn't a type of hacker?

Thanks to the media, it is a common belief that a hacker is someone who gets into a computer system and deletes everything that he can get his hands on. This, however, isn't an accurate statement. These types of hackers do exist, but there are also other types, which are totally different:

White Hat Hackers are hackers that use their skills for good. This means that if they find a security hole in a system, they contact the administrator and let them know about it, or even help them in fixing it.

Grey Hat Hackers are types of hackers that are not good, but then again, they are not always bad. When they get into a system, they may not delete anything at all, while other times, they may produce a great amount of damage.

Black Hat hackers are the types of hackers that I previously discussed. They usually get into unauthorized computer systems and cause great amounts of damage. These hackers are the most dangerous ones.
5. On most home computers, how often should you update your operating system and security software?


Answer: At least once a week

Many people live under the impression that once they buy their computer, they are finished. In other words, they think that they don't have to "take care of it." Unfortunately, this belief has caused many people to have their systems invaded. Basically, updating your system, no matter if it is Linux or Mac, means providing it with the latest patches, which may perform various functions such as patching security holes, adding more stability, etc.

It is recommended that you update your system at least once a week, although you can also set up the system to update itself automatically.
6. Which of the following software programs would not help you in protecting your computer?

In order to make the process of protecting your computer easier, various computer companies, as well as independent programmers, have designed various computer programs that aid you when dealing with security issues. Let's go over the choices that we have here.

A firewall monitors all of the "things" that go in and out of our computer, which is a VERY essential function if we have a constant internet connection. Norton AntiVirus checks for viruses on our computer, which helps us in preventing data loss, and MBSA checks our system for the most common security holes, so that we are aware of the holes in our system. Unlike the previously mentioned software programs though, Napster is simply a file sharing program, which doesn't add any layer of protection to our computer.

In fact, it can even lead to many other security issues.
7. Which of the following software programs' main function is typically to enable an attacker to have a complete control of their victim's PC?

A Trojan horse is a specialized type of software that would enable a malicious hacker to completely take over their victim's computer, as if they were sitting in front of the computer itself. Luckily, there are many types of specialized scanners that scan your system and try to detect this software.

The other choices, especially the virus and the worm, may cause damage on your computer, but they do not enable an attacker to take it over.
8. Is encryption of your data an unnecessary security precaution that can be ignored?

With today's tools and possibilities, encryption is becoming a very popular method to add an extra layer of security to your computer. In easy words, encryption is a process in which you make the chosen data unreadable by a normal person without the proper key.

The process of encrypting your data isn't a very complicated one, although there are many other advanced options, which can make the encryption process a lot more rewarding, but more difficult.
9. The Morris worm, which was the first worm to spread in the wild extensively, was originally written not to cause damage, although due to the bugs that were found in its code, it caused so much damage on the Internet that it was also referred to as the "Great Worm."

The Morris worm, written by Robert Tappan Morris Jr., was released on November 2, 1988. Its author originally didn't intend to write this worm to cause damage, although the opposite was the reality. Due to the bugs in the code, this worm caused great amounts of damage.

The way it was worked was that it exploited known vulnerabilities in Unix, fingerd, sendmail, rsh/rexec, as well as weak passwords. Luckily, it could only infect DEC VAX machines that were running BSD, and Sun systems.
10. Computer worms, viruses, as well as Trojans are generally grouped into one big group. What is this group called?

Since computer worms, computer viruses, and Trojans are all malicious software codes, it is safe to put them in one general category, which is called "Malware". As you may have guessed, mal means evil, while ware is short for software, so together, it's Malware, as in, evil software.
Source: Author Codelock 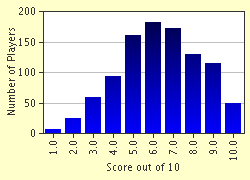 
Other Destinations
Explore Other Quizzes by Codelock