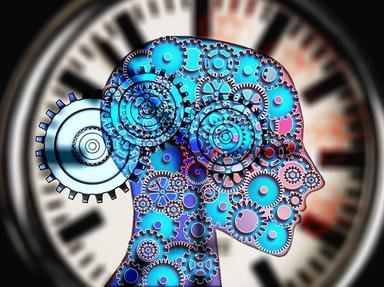 The current psychiatric diagnostic manual lists ten personality disorders. In this quiz, pretend you're the psychologist. What might a patient say to alert you to the presence of a particular disorder?

Quiz Answer Key and Fun Facts
1. You diagnose your first patient with Histrionic Personality Disorder. What did she say to cause you to seek further confirmation of this diagnosis?


Answer: "I love working with only men. It's fun to drive them crazy with my clothes and make-up. Do you like these heels?"

Histrionic Personality Disorder is usually diagnosed in women. Among the more obvious symptoms are inappropriate sexuality, a need to be the center of attention, and extreme theatricality.
2. Antisocial Personality Disorder tends to be diagnosed in men. What might a forensic patient say that would cause the psychologist to suspect APD, rather than ordinary criminal behavior?


Answer: "It was his own fault. I wouldn't have shot him if he hadn't come at me with that bat. Besides, he should have had an alarm system."

APD is the current formal diagnosis for individuals who are commonly called "psychopaths" or "sociopaths." Among the most prominent symptoms are reckless disregard for the safety of others, criminal behavior, and especially, a lack of remorse. The patient with APD seems to have no conscience.
3. This patient has Schizoid Personality Disorder. What started you on the path of this diagnosis?


Answer: "I'd just as soon be by myself. I don't have any friends. Never wanted them. Except my mother, of course."

Schizoid Personality Disorder is one of the most misunderstood. Preferring isolation and exhibiting emotional coldness are the most obvious symptoms. They are not associated with bizarre psychotic-like behavior.
4. Your next patient has Borderline Personality Disorder. What did she say that was a "red flag?"


Answer: "At first I thought he was great, but then I just hated him! Why does everyone always leave me? Maybe I'll just start cutting myself."

Borderline Personality Disorder is a somewhat controversial diagnosis. In its classic form it involves abandonment fears, idealization/devaluation of others, unstable relationships, recurrent suicidality, and self-harm.
5. This next gentleman seems to have Paranoid Personality Disorder. What did he say to make you think of investigating this diagnosis?


Answer: "You can't trust anybody. Sooner or later, everyone will stab you in the back. Unless you get them first."

It can be tricky separating the Paranoid Personality Disorder patient from those with an acute paranoid condition such as Delusional Disorder, Persecutory Type or even Schizophrenia, Paranoid Type. Essentially, the paranoid personality does not exhibit actual delusions, whether bizarre (Schizophrenia) or potentially possible (Delusional Disorder).
6. You quickly diagnose the next patient with Narcissistic Personality Disorder. What did she say that led you to this conclusion?


Answer: "Of course I should be the one who gets the recognition. After all, I'm special!"


Answer: "I hate leaving the house. I just know that I'm going to make a fool of myself and everyone will laugh at me."


Answer: "I can't do it by myself. I need someone to take care of me. You're really smart! Tell me what to do."


Answer: "I insist that everything stay on schedule. I'm only comfortable with decisions if there is an established set of rules to follow."

When people describe others as OCD, they often mean that they are extremely rigid and orderly. This attitude is usually more characteristic of the chronic OCPD then it is of the acute OCD.
10. The last patient who walks into your office has said something that suggests Schizotypal Personality Disorder. What was it?


Answer: "I had to get away from those men! How can I tell for certain that they're not aliens?"

Schizotypal Personality Disorder is a tricky diagnosis. It is made when the patient has beliefs as bizarre as a schizophrenic without any actual hallucinations or delusions.
Source: Author SterlingT 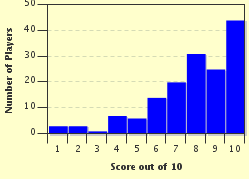 
Other Destinations
Explore Other Quizzes by SterlingT