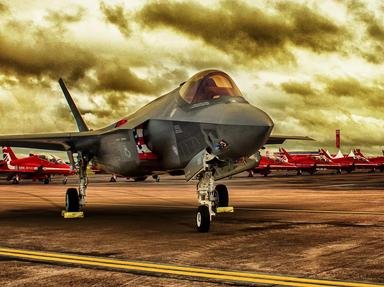 Up until 2002, the range was 13 - 18.75 years. However this was changed and the new rules state that someone can join from the age of 12, provided that they are in the school year in which they become 13 (i.e. Year 8 at secondary school).
3. Do ex-army cadets have to join the British Army?

Although some cadets do join the forces when they leave as a cadet, it is a military youth organisation and there is no commitment to join up.
4. Subject to your instructors and commanders discretion, what rank may you hold once your 2-star level is completed?

In the the Army cadets, young adults complete different levels of training called star levels. To qualify for each promotion a cadet must have completed up to a certain star level to prove they have the knowledge and experience.
5. What is the teaching course that a cadet should (but doesn't have to) complete before he or she completes their three star award?

J.C.I.C stands for the Junior Cadet Instructors Cadre, and qualifies senior cadets to be able to teach recruits as the join. In order to complete four star a cadet must have passed J.C.I.C and also S.C.I.C (Senior Cadet Instructors Cadre, allowing them to teach more advanced cadets), or the C.L.A (Cadet Leadership Award).
6. In the Army Cadets, cadets are given the chance to shoot and learn weapons skills. What is the model of the general cadet rifle?

This weapon is a 'spin off' of the SA80 used by regular soldiers in the British Army, though altered for cadets.
7. Which of the following is NOT a subject cadets within the Army Cadet Force learn?

Although some cadets (over the age of 17) can sky-dive, if their battalion has the facilities and the authorisation to do it, it is not a specific subject. Along with shooting, map and compass and drill, cadets also learn military knowledge, first aid, expedition training, adventurous training, turnout, citizenship, skill at arms, fieldcraft and physical activity.
8. How many Army Proficiency Certificate (A.P.C) star levels are there? NB - don't count the "Basic" and "Master Cadet" levels.

When an A.P.C star level is completed the cadet is awarded a badge shaped like a star to be worn on the armlet (or brassard) on the uniform. One and Two star are blue badges, Three and Four star passes are red and the Master Cadet (which is the final level) is a four star badge with a yellow trim.
9. What is the highest rank a cadet can achieve?

Cadet Under Officer is officially the highest rank a cadet can obtain, however they are extremely rare and as such are usually forgotten about. The next highest rank is cadet regimental sergeant major.
10. Finally, how old must someone be if they wish to become an adult instructor? 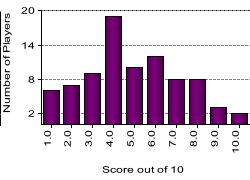 
Other Destinations
Explore Other Quizzes by kat1703