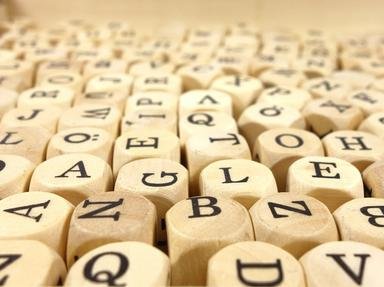 DOWN from UP then Up to DOWN Trivia Quiz

How to get from UP to DOWN via letter drop and add.

Quiz Answer Key and Fun Facts
1. The climb up e.g.of a mountain

The word "ascent" comes from the Latin word ascendere, meaning "to climb up". It can be physical as in a climb of a mountain or figurative as in ascending to a higher position by promotion.
2. Drop a letter and rearrange to give the Indian social class structure.

The root of "caste" is the Latin castus, which means "chaste" or "pure, separated." The word arrived in English through the Portuguese casta, which means "race" or "lineage," and was first used in the 1700s in reference to Hinduism's traditional system of hereditary and rigidly stratified classes.
3. Drop a letter and rearrange to give the generic term for a religious break-away unit or cult

Sects are usually considered to have extreme or unusual beliefs or customs. Its origin is from the Old French secte or Latin secta, literally 'following', hence 'faction, party'.
4. Drop a letter and rearrange to give the unit of a tennis match - minimum of 6 games but can be many more

One of the longest tennis matches in history was a first-round men's singles match at Wimbledon 2010, in which the American John Isner played against Frenchman Nicolas Mahut. The match was spread over three days, and eventually Isner won the match with a final set score of 70-68. The final set lasted for 8 hours, 11 minutes.
5. Drop a letter and rearrange to give the French word for "and".

Et is the first part of common Latin phrases, used in English. Two of these are
"et cetera", used at the end of a list to indicate that further, similar items are included; and "et al", itself an abbreviation of the Latin term "et alia," which means "and others".
6. Now add a letter to get the middle of a tennis court.

The height of an official tennis court net is 1.07m (3ft 6in) at the posts and 0.91m (3ft) in the centre.
7. Add a letter and rearrange to give a word meaning to take care of someone or something

Tend also means to be likely to happen or to have a particular characteristic or effect.
8. Add a letter and rearrange to give small hollows in car bodies

A dent is a gouge or hollow that's left in a surface after some kind of blow. The word can also be applied to intangible things such as "dented pride".
9. Add a letter and rearrange to give a word meaning the placement of one or more objects within another object or the past tense of birds raising a family

A nest is not only the structure or shelter made or used by a bird to hold its eggs during incubation and to house its young until fledged, but also that in which other animals, such as reptiles, fish, or insects, deposit their eggs or tend their young. It is also the term for man-made prepared positions, such as a machine-gun nest.
10. Add a letter and rearrange to give a noun meaning the climb DOWN - the antonym of the first answer.


Other Destinations
Explore Other Quizzes by lindawhat