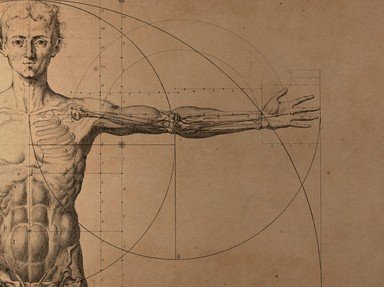 A mix of 10 Humanities questions, submitted by 10 different FunTrivia players! The first few questions are easy, but the last couple are tough!

Quiz Answer Key and Fun Facts
1. On which continent would you find languages that use tongue clicks as consonants?

Tongue clicks, or simply clicks, are found exclusively in two language families of sub-Saharan Africa: the Khosian languages, and a few Bantu languages that seem to have borrowed them. For a great example of clicks in action, listen to Miriam Makeba performing the "Click Song"!

Question by player pu2-ke-qi-ri
2. What Broadway Show centered around a baseball fan's jealousy over a rival team?

Joe Hardy is a long-suffering fan of Washington's baseball team. He makes a deal with the devil to become the slugger that will enable Washington to beat those "Damn Yankees".

Question by player SJM2015
3. Which sung-through musical features nothing but members of the feline family?

Every single character is a cat! The cats each sing a song describing why they deserve to go to the Heaviside Layer, which is basically Heaven for cats.

Question by player Democropolis
4. A police officer might be referred to as a 'copper'. Which of these words could also be used?

The British Home Secretary, Sir Robert Peel, established the Metropolitan Police Force in London in 1829. As a result, police officers were sometimes informally called 'bobbies' or 'peelers'. When the force began, officers patrolled parts of London wearing a top hat and blue tailcoat, and were armed with a truncheon and handcuffs. Bobbies also had a rattle or a whistle in order to signal for help.

Question by player AcrylicInk
5. American SLANG: If I "had my druthers", what would I have or get?


Answer: my preference; what I wanted

This colloquialism is a contracted alteration of "would rather", indicating having or getting things the way one would like them to be. The term evolved into a noun, thus the preferred state of affairs became the "druthers". It dates back to at least the 1890s as said by Tom Sawyer to Huck Finn in Mark Twain's "Tom Sawyer, Detective". To wit: "There ain't no druthers about it Huck. Nobody said anything about druthers."

Question by player Nealzineatser
6. In 2000, Humongous Entertainment published the book "Pajama Sam and the Magic Hat Tree" for children 2-4 years old. In American English, what is a "hat tree"?

The "hat tree" in the Pajama Sam adventure is an actual tree in which Sam and his buddy Carrot find hats which, when they try them on, turn them into adventurous characters. In the US, since about 1810, the phrase "hat tree" has described a tall stand on which coats, hats and scarves are hung.

This furnishing is variously called a hat stand, a hat rack and a hallstand. The typical hat tree is made of wood, with hooks or arms extending from a central pole to afford lots of room for garments to be hung.

This was especially useful for drying outdoor wear which was soaked with rain or snow. The synonym "halltree" refers to the stand's likely location in a hallway just inside an outer door. It is not unusual for hat trees to be as much as six feet tall (except in the homes of very short people).

Question by player FatherSteve
7. What exactly happened to Icarus when he tried to fly with his homemade wings?


Answer: The wax on his wings melted, so he fell.

The tale of Icarus is a cautionary one. Icarus ignored the instructions of his father, Daedalus, who designed the wings. Daedalus warned Icarus not too fly too high, lest the sun melt the wax on his wings. Icarus failed to heed the warning, and the wax did melt, causing Icarus to plunge into the sea, where he drowned.

Question by player Lalenya
8. Psychologists have identified a condition in which people held hostage often come to empathise with their captors. It was named after an incident in a European city. Which of these cities was it?

In 1973, a gang was trapped by police while trying to rob a bank in Stockholm, Sweden. They took four hostages and made a number of demands. Six days later, when the siege was ended, the hostages resisted rescue and later refused to testify against their captors. The phenomenon became known as "the Stockholm Syndrome."

Question by player darksplash
9. The word "clerk", as we understand the meaning in the modern world, derives from which profession in medieval times?

A clerk, in our modern world, is an office worker whose duties include filing, typing, bookkeeping, and other forms of record keeping and tasks involved in the running of a business. Originating from the old Latin word, "clericus", when it was associated with clergymen, the duties of a clergyman by medieval times had also come to include a wide range of writing tasks.

The very simple reason behind this association came from the fact that, at that period in history, your average man or woman of the street did not know how to read or write.

Question by player Creedy
10. Which verb form correctly completes this sentence? "Yesterday, he was __________ for his treasonous crimes against the state."

"Hanged" is the correct word to use as it is the past tense and past participle form for the word used to denote an execution. "Hung" would be the correct word to use to denote the past tense or past participle form of placing something on a vertical surface, such as "Bob hung the painting on the wall." "Hang" is simply present tense and could not follow the auxiliary verb "was." "Hunged" is not a word at all.