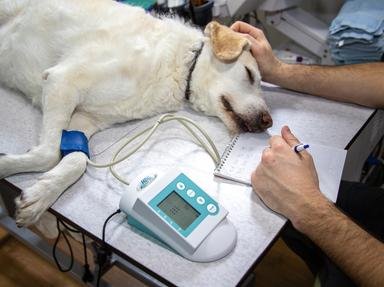 Most people know that dogs should not eat chocolate. But do you know about these less-well-known hazards to your pet? Taking this quiz may help keep your best friend from being sick as a dog!

Quiz Answer Key and Fun Facts
1. Many people give this fruit to their dogs as a treat. However, just a few bites can cause fatal kidney failure in some dogs.

Both grapes and raisins can be toxic. Some dogs eat them with, seemingly, no ill effects. However, some dogs become ill after ingesting only a few grapes or raisins. The first symptom is vomiting, followed by acute kidney failure, from which many dogs do not recover.

As of yet, the toxin is unknown, nor do we know why some dogs become sick and others eat grapes or raisins without a problem.
2. Dogs who eat this may become very ill from alcohol poisoning.

The yeast-containing bread dough can ferment in the dog's stomach, releasing large quantities of alcohol. Small dogs are most susceptible to this toxicity.
3. Ingestion of just a few of these nuts can cause temporary paralysis of the back legs in some dogs.

The ingestion of as few as six macadamia nuts has caused paralysis in dogs. Dogs with macadamia poisoning will appear anxious and have difficulty moving their rear legs. The legs may appear to be painful. Luckily, the paralysis is temporary and clears up within a few days. The causative agent of the paralysis is unknown.
4. Which raw fish can cause poisoning in dogs?

When dogs eat raw fish infected with this bacteria, they can show symptoms including weakness, vomiting, loss of appetite, swollen glands, and fever. Ninety percent of untreated dogs die. Cooking kills the worm and the bacteria.
5. This food is sometimes used to season dogs' meals, but can cause anemia.

Onions and garlic contain a chemical called thiosulfate. When ingested either in large quantities or in small quantities over a long period of time, they can cause an anemia called Heinz body anemia. This is reversible if you stop feeding the onions or garlic.
6. In some dogs, this sweetener can cause hypoglycemia.

This toxicity usually occurs when dogs eat large amounts of sugar-free candy or gum. In humans, xylitol does not cause a drop in blood sugar; in dogs it does. This can lead to weakness, staggering, and other symptoms of hypoglycemia. There is also some evidence that some dogs may develop liver failure after ingesting xylitol.
7. Raw chicken bones are more dangerous to dogs than cooked ones.

The reverse is true. Cooked bones are much more dangerous- they are much more brittle than raw bones and can splinter into sharp shards.
8. Dogs- especially dogs that are fed a straight diet of dry food with little variety- may get an inflammation of the pancreas called "pancreatitis" if they eat certain foods that they are not used to. Which of the following is most apt to cause pancreatitis?

In dogs, pancreatitis often results from eating a very high-fat meal. While dogs that are used to eating a high-fat diet, like sled dogs, can eat pure fat with no problems, dogs that are not used to such foods often cannot. When such a dog eats a high-fat meal, its pancreas overproduces enzymes, to the extent that they actually begin to "digest" the pancreas and inflame it. Common culprits are turkey skin and ham fat. Symptoms include vomiting and stomach pain.

This is a medical emergency, and such dogs must be treated by a vet.

Some breeds, like miniature schnauzers, are genetically predisposed to pancreatitis.
9. A common food byproduct used in gardens has been found to cause vomiting, tremors and fast heartbeat when dogs eat it. What is this byproduct?

Cocoa bean shells contain the same toxic theobromine that chocolate does, and are poisonous to dogs for the same reason. The mulch has an attractive chocolate smell that is irresistible to many dogs.
10. Which of the following holiday plants is *least* toxic to dogs?

Despite common misconceptions, poinsettias are only mildly toxic, and most dogs who eat them will experience no symptoms at all. Some dogs will drool or vomit after eating them. Holly causes intense nausea, vomiting and diarrhea. Mistletoe causes vomiting, diarrhea, neurological problems and heart failure.
Source: Author crisw 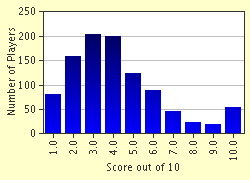