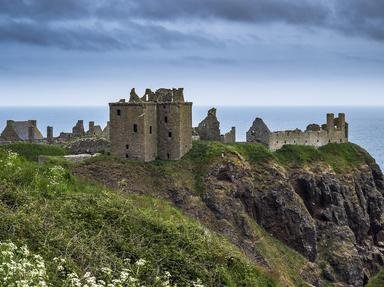 The City of Aberdeen Trivia Quiz

This is a series of questions on my home city of Aberdeen in Scotland.

Quiz Answer Key and Fun Facts
1. What is Aberdeen's nickname

It is so called because of the number of granite buildings. It is also called "The Silver City" because when the sun shines the buildings appear silver.
2. What is the name of the ground where Aberdeen Football Club play their home games?

The name of the ground comes from the phrase "pit o dree" - and means dungheap!
3. Who was granted the Freedom of the City of Aberdeen in 1993?

Among other things the freedom of the city allows you to drive sheep down Union Street!
4. One of the biggest man-made holes in Europe is in Aberdeen. What is its name?

Now disused it's where all the granite came from.
5. Two rivers flow into the North Sea at Aberdeen. What are they called?


Answer: The Dee and The Don

The Dee is around 90 miles long and the Don is around 82 miles long.
6. What is Aberdeen's motto?

Literally from the French it means "good agreement"
7. Aberdeen boasts two universities. One is called Aberdeen University. What is the name of the other one?

This is the younger of the two universities gaining university status in 1992.
8. Aberdeen is known as Scotland's "Oil Capital" because of the oil that can be was found in the adjacent North Sea. During which year was the first major find of oil?

Oil has had a big effect on Aberdeen. The city now has one of the world's biggest heliports in order to ferry workers to the rigs.
9. Where is the Winter Garden in Aberdeen?

All are parks in Aberdeen- but it is Duthie Park that is home to the Winter Gardens.
10. Aberdeen Harbour Board is the oldest business in Britain. In what year was it established? 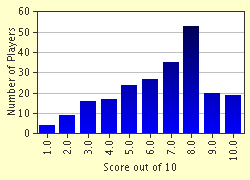 
Other Destinations
Explore Other Quizzes by Rob3