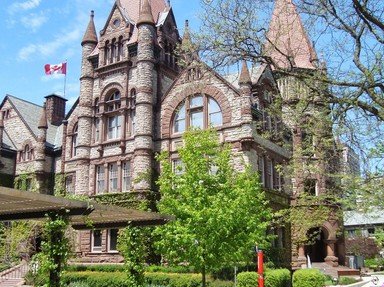 Many people who live elsewhere in Canada can't stand Torontonians, and, vice versa, many Torontonians are oblivious to life outside of Toronto. That said, see if you actually know much about Canada's largest city.

Quiz Answer Key and Fun Facts
1. Which of these is one suggestion of the meaning of the name Toronto?

Toronto itself is situated on the banks of Lake Ontario and was populated as a dwelling by the Huron people well over 200 years ago. The city is the capital of Ontario and also the financial and commercial centre of Ontario and Canada as well. The first settlement in the entire Toronto area, however, was Teiaiagon, which was populated by the Seneca Indians and then later by the Mississauga Indians on the east bank of the Humber River.

The region was more densely populated in the mid-17th Century as the area became more of a general trading post on the trail from the Mississippi up to Lake Simcoe.
2. What was the main use of the location known as Toronto when it was first settled by Europeans?

Although many explorers, traders and missionaries had begun to frequently travel the Toronto locale in the 17th Century, none made the location an established dwelling until the French erected three forts in the immediate area to protect sovereign trade with the local Indian tribes from encroachment by the English and other European explorers. One of the forts was named Toronto after the Huron word.

The French were defeated in 1759 and the forts destroyed. The dwelling continued as a trading post and became more populated at the conclusion of both the Seven Year's War between England and France in 1793 (whereupon England gained sovereignty over all of Canada) and the U.S. War of Independence (when United Empire Loyalists from the American Colonies fled to Canada to escape the War).
3. Toronto was known for a brief period as York. In what year did this change occur?

Ontario held its first Parliament in 1792 at the City of Niagara, which was then recognized as the Capital of Upper Canada. The Lieutenant Governor of Upper Canada at that time, Colonel John Simcoe, decided, however, that he wished to change the capital to Toronto, which he did so in 1793.

At the same time he changed the name to York. Toronto was considered a more strategic location for a capital, as well as possessing more economic potential and trading opportunities, particularly due to its well-established harbour.

Despite this, Toronto had only twelve cottages and a small garrison by 1795. The city was not renamed Toronto until 1834, the year that the city was incorporated, at which time the population had reached approximately 9,000 people.
4. Toronto is the origin of the longest street in the world. What is the name of the street?

Yonge Street is the world's longest street at 1,900 kilometres (1,190 miles) and stretches from the edge of Lake Ontario all the way up past Lake Superior. The subway system in Toronto (which essentially follows a U shape for North and South access, with a cross-line for East and West access) uses Yonge Street for one branch, as Yonge Street is one of the key corridors for access, commercial enterprise and entertainment in the city.
5. What is the name of the extensive underground passage system that links much of the business core of downtown Toronto?

The Toronto Path system extends for approximately 10 kilometres throughout the heart of the financial and business district of downtown Toronto. The system starts at the North end of the Eaton centre, one of Canada's largest and well-known malls and reaches all the way down to the bottom of the City by the lake, where one can reach the Sky Dome and the CN Tower.

The many walkways and corridors are filled with shops, services and restaurants, which cater mainly to the business crowd during the working week. Believe me, although many people think that downtown workers live like rats in the tunnel system, the PATH is invaluable on those days when being outside is just not much fun.

A person could basically not see daylight from the time they arrive at work until they leave, as most significant office buildings downtown have access directly into the PATH system. One can view a map of the system by going to www.toronto.com .
6. What percentage of Americans live within a 90 minute flight radius of Toronto?

Pretty amazing, seeing as whenever I have to fly to the U.S. on business I always seem to be stuck in airports and on planes for at least three hours (and that's just getting to New York!).
7. What is the name of the Toronto Lacrosse team that plays in the NLL?

The Toronto Rock plays in the National Lacrosse League that competes across North America. The Rock were the league champions (and reputed World Champions, in much the same way as MLB teams become so after winning the 'World' Series) for 1998-1999 and 1999-2000.

They lost in the finals of the 2000-2001 season. The Rock appears to be the emerging fourth big-time Toronto sports team after the Maple Leafs in hockey, the Blue Jays in baseball and the Raptors in basketball.
8. What is the name of the play that has been performed more times than any other play in one location in North American history and has been playing for more years in one location than in any other show in North America?

'The Mousetrap' by Agatha Christie has been playing non-stop for 24 years in Toronto and has been performed more than 7,000 times since it started its run. The play is performed at the Toronto Truck Theatre, a small theatre on a residential street whose entire raison d'etre is to put on performances of this one play.
9. What was the approximate population of Toronto (excluding the Greater Toronto Area) at the start of the 21st century?

The City of Toronto had an approximate population of 2.3 million, making it the largest city in Canada and the fifth largest city in North America. There are more than 80 ethnic groups that are quite densely represented in the City. The top three languages spoken in Toronto are English, Italian and Cantonese.
10. What ethnicity in Toronto is the largest one outside of its original country?

The gay community in Toronto has its own unofficial neighbourhood, which is centred on the intersection of Church Street and Wellesley Street. The coffee store at that intersection was even featured in the opening credits of a popular past television comedy show 'Kids In The Hall'.

As a result of such a large community, Toronto also has Canada's largest gay festival, Pride Week, which attracts crowds of over 750,000 people, as well as the annual Lesbian and Gay Film and Video Festival. Outside of the Church and Wellesley area, Toronto also has a specifically nominated 'gay beach', also known as Hanlan's Point, on one of the Toronto Islands in the harbour area.
12. Toronto has more _______ per capita than any other city in North America.

What can I say? Although Canada is not noted as one of the leading golf nations in the world, Canadians certainly love their golf. Toronto even has a golf course in the heart of the downtown business district, so that executives can sneak off for a quick swing during the day (not that I have ever been caught...I mean done that).
13. The average low temperature and the average high temperature that Toronto experiences on an annual basis is about 18 deg. F and 80 deg. F.

The average temperatures that represent the correct answer are for the months of July and January. Although not as hot as certain parts of the U.S., things can get quite steamy in Toronto in the summertime, particularly with the humidity. With Toronto being situated in the midst of the Great Lakes, the humidity can be quite fierce.

When that is combined with a relatively high pollution count, some days in Toronto can be extremely unbearable, the humidity-pollution factor can make the temperature feel as though it is seven to ten degrees hotter than it actually is. Similarly in the winter time, the lake effect can produce increased snow falls and a generally wet feeling, which has the outcome of making any cold weather feel much nastier as the cold works its way through layers of clothing.

Much of Canada, including Toronto, also face quite severe windchill factors that make the temperature drop by a wide range of degrees, below the actual air temperature.
14. Located close to Lake Ontario in the West part of Toronto is one of Canada's oldest surviving forts. What is the name of this historic landmark?

The origins of the fort start in 1793, when Lieutenant-Governor John Graves Simcoe established a garrison at the site where the present-day fort stands. The original buildings were replaced only a few years later due to quick deterioration of the log cabins.

The garrison was soon fortified, becoming an actual fort at the turn of the 19th century and housing the residence of the Lieutenant-Governor. It was largely destroyed in the War of 1812 by the Americans, but rebuilt in 1813. Most of the original buildings from that time are still present (although many have needed repair in the course of almost two centuries) and take up about seven acres of land on the edge of the downtown area.
15. What is the name of Toronto's main international airport?

Pearson Airport is named after Canada's Prime Minister from 1963-1968, Lester Bowles Pearson. Pearson was born on April 23, 1897 near to Toronto in the small town of Newtonbrook. Quite the academic (having attended the University of Toronto and Oxford University), Pearson was a lecturer at the University of Toronto in 1928, the year that he gained his first political posting, that of First Secretary of the Canadian Department of External Affairs. Pearson was the first Canadian Ambassador to the United States, Under-Secretary of the Canadian Department of External Affairs, a Liberal Member of Parliament, the President of the seventh United Nations General Assembly, a Nobel Peace Prize winner in 1957 and 14th Prime Minister of Canada. Pearson's term saw the adoption of the current Canadian flag, as well as many innovative social measures and the adoption of bi-lingualism and bi-culturalism.
Source: Author TemplarLLM 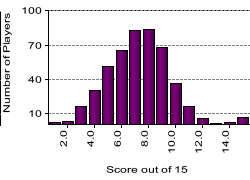 
Other Destinations
Explore Other Quizzes by TemplarLLM