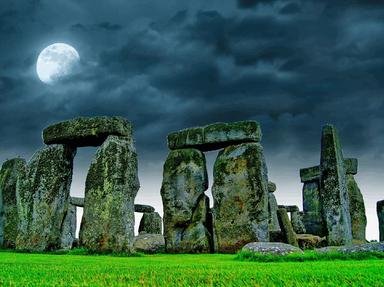 Are you well versed in England's Regency Period? Get a "10" on this quiz and earn your Regency scholarship award!


Answer: He was mad.

The inability to speak English did not disqualify German born George I, the first Hanoverian king and great-grandfather of George III, from being King of England. The madness of George III is believed to have resulted from an inherited disorder, Porphyria. His profligate son became Prince Regent and, ultimately, King George IV.
2. A biography written soon the after death of the Prince Regent, who later ruled as George IV, asserted that George IV contributed more "to the demoralisation of society than any prince recorded in the pages of history". By the time Parliament appointed him Prince Regent, which of the following had the Prince of Wales "accomplished"?

The reputedly charming Prince Regent spent profligately and lived debauchedly. His early friends included the notorious Beau Brummel (credited with the invention of the cravat). His marital escapades exemplify his life. In 1785 he purportedly married his Brighton mistress, Anne Fitzherbert, illegally.

In 1795, the Prince's crippling debt forced him to accept a political marriage to Caroline of Brunswick in order to induce Parliament to assume his debts. His scandalous treatment of his wife, which included an attempt to divorce her and an effort to prevent her from attending his coronation as King, contributed to his general unpopularity.
3. Jane Austen's books concern the manners and mores of the English aristocracy of the Regency Period. The type of vulgar behavior in which the Prince Regent so typically engaged received due censure in Austen's novels. The year 1815 saw the publication of the Austen's fourth book, "Emma". To whom was "Emma" dedicated?

Apparently the Prince and Jane Austen's father shared a physician who convinced the elder Austen of the Prince's admiration for his daughter's novels; although Austen biographer G. E. Milton points out that with respect to the Prince, "it is hard to imagine his reading any book, however delightful."
4. If one is wealthy, well born, and well dressed and associates with others having the same important qualities one is entitled to consider yourself part of what elite Regency England group?

Although one might suppose that "ton" referred to social weight, in fact, the term "ton" derived from the word "tone" and refers to style and manner. However, style and manner alone would not be sufficient for one to be included in the ton. Riches and high birth were equally requisite. "Crew" was a cant term for gangs of gypsies, thieves and/or beggars. According to the 1811 "Dictionary of the Vulgar Tongue", "cooler" referred either to a woman or to that portion of her anatomy upon which she sat.

A "hoity toity" was "a giddy, thoughtless, romping girl".
5. You are standing in a foul smelling fish market near the Thames. The language of the fishmongers strikes you as being as odious as their wares. Where are you standing?

"Billingsgate" has become synonymous with offensive, insulting language. The "Dictionary of the Vulgar Tongue" informs us that the denizens of Billingsgate are prone to "leave decency and good manners a little on the left hand." London markets were organized under the Crown in the 14th century.

The City of London market authority regulates the present day Billingsgate market, which is no longer located at the original site on the Thames. In Regency times Covent Garden sold vegetables, herbs, flowers, hedgehogs and fruits; Farringdon marketed flowers and vegetable, and Tattersall's auctioned "blooded" horses.
6. Which of the following events did NOT occur during the Regency period (1811-1820)?

In 1814, Louis the XVIII was restored to the Monarchy of France. Mary Shelley's "Frankenstein" was published in 1818. In 1819, in St. Peter's Fields in Manchester, soldiers killed eleven and wounded four hundred people at a reform meeting.
7. In 1815 Napoleon escaped from exile only to be defeated at Waterloo. The Englishman who triumphed over Napoleon subsequently resided at the posh mansion at Regency England's most prestigious address, "Number 1 London". Who would have been living in Apsley House at London's "ultimate" address in 1818?


Answer: The Duke of Wellington

Born Arthur Wellesley and made the first Duke of Wellington in 1814, he purchased and remodeled Apsley house. Following his military exploits, the Duke was active in politics though not always popular. Mobs so regularly broke the windows on the ground floor of his home that he had them covered with steel shutters.
8. The gypsies, beggars and thieves of London termed their slang "flash lingo" or "St. Giles Greek". Which of the following would be most likely to comprehend this colloquial speech?

According to "The Dictionary of the Vulgar Tongue" jemmy canter is a smart or "spruce" gypsy, thief or beggar who knows the "lingo". A "well-mapped swell" is a well-dressed dandy, while a gentry mort is a woman of the gentry. An "amen curler" is a parish clerk.
9. The gentlemen of Regency England were sports enthusiasts. Of which of the following sports was Tom Cribb the champion throughout the Regency?

In addition to the more genteel pursuits of fencing, horseracing and fly-fishing, an English gentleman was also likely to take an interest in pugilism and cockfighting. Tom Cribb was the bare-knuckle boxing champion from 1810 to 1822. Some felt that the English practice of settling affairs of honor with bare knuckles rather than drawn pistols evidenced the moral superiority of England over Continental Europe, where dueling remained a prevalent method for settling differences between gentlemen. That said, in 1829 the Duke of Wellington (at the time Prime Minister) and Lord Winchelsea fought a clandestine duel with pistols, at the crack of dawn, south of the Thames, in what later became Battersea Park. Lord Winchelsea had, after all, publicly called the Duke a "hypocrite".

The Duke of Wellington won.
10. Strolling down Bond Street to a favorite shop a young gentleman sees a lady of slight acquaintance approaching him from the opposite direction. Observing proper Regency etiquette, under what circumstances may the gentleman speak to the lady?


Answer: Only if the lady speaks first.

According to Daniel Pool's "What Jane Austen Ate and Charles Dickens Knew: From Fox Hunting to Whist ~ the Facts of Daily Life in 19th-Century England", the gentleman may only tip his hat if the lady first favors him with a slight bow of acknowledgement. Said tipping must be performed with the hand opposite to the lady, presumably to avoid inserting one's gentlemanly elbow into one of said lady's luminous eyes. If a gentleman is to speak with a lady, he must walk with her - it being unseemly to stand motionless in the street in conversation.

However, if unmarried and under thirty no lady should be in the un-chaperoned company of a gentleman in any case.
Source: Author uglybird 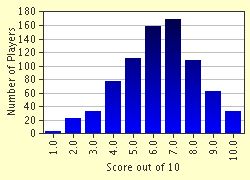