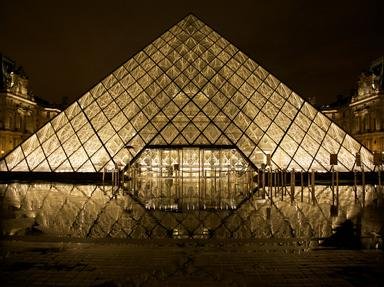 Timeline Questions from the 1990's Quiz

Now let's try and see if you know the years to these facts from the 1990's. Good luck!

This was the first rap record to go all the way to #1. Vanilla Ice cooled off after this single, not having another hit on the billboard charts in the 1990's.
2. Nancy Kerrigan was attacked with a club to her knee just before the Winter Olympics in which year?

Even though her injury was serious she was able to come back and win a silver medal in the 1994 Winter Olympics. It was discovered after the Olympics that Tonya Harding was jealous of Nancy and had set the attack up with her husband and a friend.
3. Phil Donahue decided to end his 29 year talk show career in which year?

At the height of his popularity he was seen in as many as 200 television markets. He also won 20 Emmy's in the course of his career. In 2002 he rejoined the talk show circuit without an audience on MSNBC.
4. "ER" renewed its contract with NBC in which year?

When the contract was renewed it was reported that each episode would cost around $13 Million.
5. In what year did the U.S. first learn of Dr. Jack Kevorkian's assisted suicides?

Dr. Kevorkian would make all of the arrangements for terminally ill patients and then let them inject themselves with lethal drugs ending their lives. He has been in court over several of these cases. He even went as far to go on a hunger strike in protest of his cause.
6. Johnny Carson ended his talk show career on May 22nd of which year?

His final guest in 1992 was Bette Midler, who was one of his favorite guests. He passed the reigns of "The Tonight Show" onto Jay Leno who has just completed his 10th year of success on the show.
7. In what year did Julia Roberts marry Lyle Lovett?

Julia and Lyle were married from June 25, 1993 to March 22, 1995. She had a long relationship with Benjamin Bratt that ended in 2001. On July 4, 2002 she married cameraman Danny Moder.
8. In what year did the Amy Fisher/Joey Buttafuoco incident take place?

Amy served her time in prison for shooting Joey's wife, Mary Jo and was released as a good prisoner. She has since made amends with Mary Jo who she shot in the face.
9. What year did Christopher Reeve fall from his horse paralyzing himself from the neck down?

Despite having the proper head and vest gear on Reeve sustained multiple fractures to his spine. He was unable to work following the accident and did receive monetary support from his good friend Robin Williams. Reeve had hoped to make enough progress by his 50th birthday in 2002 to walk.

He was an advocate for stem cell research that will hopefully lead scientists to stem cell regrowth helping others with spinal injuries.
10. In what year did Ellen DeGeneres come "out of the closet" in both her personal life and on her hit TV show "Ellen"?

Ellen came out of the closet and that same year into a highly publicized relationship with Anne Heche. Their relationship ended in 2000. Her TV show "Ellen" was cancelled in 1998 for lack of ratings.
Source: Author jlp937 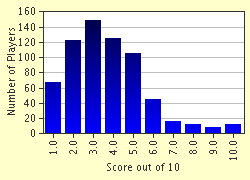 
Other Destinations
Explore Other Quizzes by jlp937