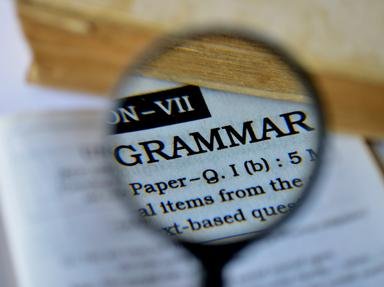 This quiz is for all of you real grammar nuts. You will need to decide, after reading each sentence, whether the sentences are simple, compound, complex, or compound-complex. Good luck! By the way, this quiz is based on U.S. English Usage.

Quiz Answer Key and Fun Facts
1. The Cleveland Indians, who have rebuilt themselves in the off season, have lost their home opener this year.

Don't forget about the subordinate clause "who have rebuilt . . . " modifying the subject of the independent clause "Cleveland Indians." Subordinate + Independent = Complex.
2. Mark said that he forgot his homework, and he asked if he could make it up later.

The first clause is subordinate, whereas the rest of the sentence is independent. Don't let the infinitive phrase "to solve the Rubik's Cube" fool you!
4. My favorite sport to watch in the fall is football, so I clear my schedule every Sunday to watch the Browns.

Go Browns! Here we have two independent clauses, so we have a compound sentence.
5. The circus, with its crazy clowns and brave lion tamers, is in town this week.

Although it looks as if there might be a subordinate clause, "with its crazy clowns and brave lion tamers" is an adjectival phrase rather than a clause, as it has no verb.
6. Joan said she loves shopping, but she doesn't have enough money to do it as often as she would like!

Another understood "that" - this time after said - makes two independent clauses ("Joan said" and "she doesn't have enough time") and two subordinate clauses.
7. When he saw the price of the car, he started laughing and walked away.

The subordinate clause is "When he saw the price of the car", while the two independent clauses are "he started laughing" and "(implied he) walked away".
8. In the middle of the night, a loud noise from my neighbor's house woke me up.

The first part of the sentence is a series of prepositional phrases - don't be tricked into seeing them as a subordinate clause - there's no verb.
9. Violence on television has been debated by politicians for years, yet they still don't have a good plan about how to deal with it.

Lots of prepositions are in this sentence, which makes it look like a sentence that might have a few subordinate clauses in it.
10. This is the end of my quiz, which had to happen sometime; I hope you liked it!

The two independent clauses are "This is the end of my quiz" and "I hope you liked it"; they're joined by a semicolon, making the sentence compound. If you take a closer look, it's also complex, though: check out the dependent clause "which had to happen sometime"! The structure is both complex and compound.

Thanks for playing!
Source: Author Teacher1976 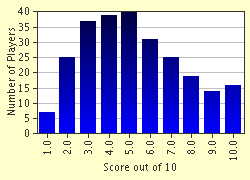 
Other Destinations
Explore Other Quizzes by Teacher1976