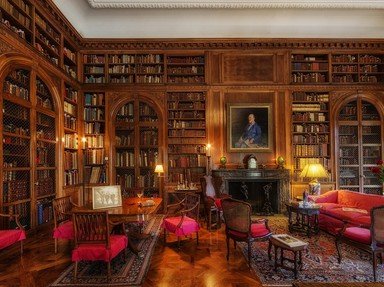 Quick! What are the four basic elements of the short story? If you forgot, then maybe it's time for a review, and if you knew them, then keep going.

Quiz Answer Key and Fun Facts
1. When the author gives some background or needed details to the story this is known as what term?

Exposition can happen anywhere in the story, in the very beginning, in the middle, as characters and new situations are introduced, or sometimes, in the short story format, readers aren't given the entire background until the very end as a way of putting more emphasis to the overall plot.
2. What element of a short story might be described as the 'series of related events'?

Plot is one of the basic four elements. In simpler terms, plot is what happens in the story.
3. Only people can be characters in a story.

The second person point of view is not used commonly, simply because it refers to the "you" point of view, as in reading the story as if it were a letter, so it is a limited point of view, and not an "all knowing" one as in the case of omniscient.
5. If I told you this short story takes place in a jungle on a mysterious island sometime in the 1930s/1940s involving an eccentric hunter, I would be describing what aspect of the story?

Setting is another basic short story element. It gives the where and when of the story, as in the short story setting I gave for "The Most Dangerous Game" by Richard Connell. The setting can set the tone for the story as well.

Incidentally, this short story was made into a short film in 1932, but I have yet to locate it. If you have seen it please let me know what you think of it.
6. Which is the correct term for what could be described as the "turning point of the story"?

Climax is the high point of the story, the part readers have been waiting for, as everything has been building up to this point. Rising action refers to the complications added to the plot, the resolution is how the conflict was resolved, and the falling action is the action that sometimes occurs right after the climax.
7. In Maupassant's short story "The Necklace", the main character learns that honesty is indeed the best policy. The main idea or the possible opinion of the author is known as what term?

Theme is another crucial element of the short story as this is the underlying statement, idea, or opinion of the author. In the short story "The Necklace", the main character was not content with being middle class; as a result of a careless mistake, and one of great irony, she learns if she had just told the truth she would have saved herself years of needless pain and misery.
8. The problem of the plot is also known as which short story element?


Answer: all of the choices

The title's purpose is to intrigue the reader, and instill some curiosity, while at the same time giving a bit of information about the story. We know that "The Pedestrian" by Ray Bradbury is going to involve someone walking, yet "Searching for Summer" by Joan Aiken does not indicate that it is a science fiction piece. Not until we begin to read it do readers understand the title.
10. What is another word for any hints of future plot occurrences?

Foreshadowing is a way of dropping a clue, hinting at later developments in the plot, and can help to tie in reasons for certain occurences or actions.
Source: Author 57wordsmith 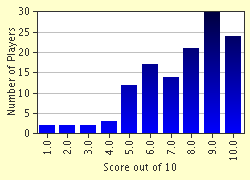 
Other Destinations
Explore Other Quizzes by 57wordsmith