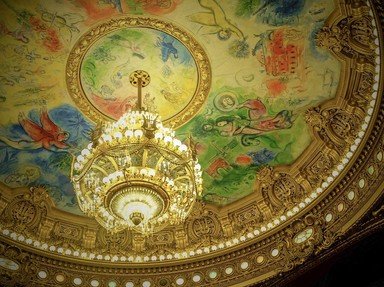 Here is an opera quiz that does not ask you to match a composer, character, or aria to the name of an opera! This is a chance for the Quizzyland operaphobe to learn more about the operatic art form.

Quiz Answer Key and Fun Facts
1. Opera was born in Italy in 1597. Do you know which composer is her father?

Born in Rome in 1561 (d. Florence 1633), Jacopo Peri is considered the father of opera, as his "Dafne", composed in 1597, was the first musical work which fused together music and drama in a staged setting. Unfortunately, the manuscript has been lost.

His second opera, "Euridice" was composed in 1600. He also composed madrigals, ballet music, and collaborated on other operas; most of these manuscripts are also lost. Monteverdi (1567-1643) DID NOT compose the first opera, although his first opera, "La favola d'Orfeo," composed in 1607 and sharing the same plot as Peri's "Euridice", is considered the first opera to be performed outside of Italy on an 'international' scale.
2. All operas are written only in Italian.

Yes, opera was born in Italy, but it does not mean that every opera is in Italian. In fact you can find and hear operas in English, French, German, Spanish, Czech, Russian, Greek, and Sanskrit, to name a few, as well as in Italian. Up until the 1940's, it was customary for operas to be translated into the language of wherever they were being performed (though the French are still notorious for this practice and the English National Opera's productions are all sung in English).

Some composers, such as Christoph Willibald Gluck (1714-87), even composed some of their operas in two languages (French and Italian).
3. You may know that there are super- or subtitles so that you can understand what you are hearing at a live performance; but what innovative method has the Metropolitan Opera used to achieve the same purpose?


Answer: Digital screens behind each seat to provide translations

Believe it or not, the Metropolitan Opera in NYC has digital screens installed behind each seat so that you may look eye-level directly in front of you to read the translated text. The great thing about this feature is that it does not obstruct your view of the stage, and it eliminates moving your head up and down to look at the translations then the action taking place on stage. Also, you can turn it on or off at will; it automatically tells you where you are in the opera when you turn it on.
4. You know that the composer of an opera is the person responsible for the music that you are hearing; but what is the name of the person who is responsible for the accompanying lyrics?

The librettist is the person responsible for the libretto, or, literally, the little book of words which the composer used to set to music. Sometimes, though rarely, as in the case of Richard Wagner, the composer is also the librettist. It can be a playwright, an author, or poet directly or indirectly working with the composer from the author's already existing work. Famous authors whose works were used by librettists to be converted into lyrical text are/have been Shakespeare (for Verdi by Arrigo Boito: "Otello" and "Falstaff"; and Francesco Piave: "Macbeth"); Beaumarchais (by Lorenzo da Ponte for Mozart's "Le nozze di Figaro" and Cesare Sterbini for "Il barbiere di Siviglia" respectively), Maeterlinck (for Debussy's "Pelleas et Melisande"), Hugo, Moliere, and Goethe (by Edouard Blau, Paul Milliet, and Goeorges Hartmann for Massenet's "Werther").
5. All operas are overly serious and long melodramas.

Operas, just like plays or even movies, are divided into many categories, depending on subject matter. The lightest and usually most comedic is the operetta, or little opera; think of "Die Fledermaus", "Die Lustige Witwe (The Merry Widow)", and any of the Gilbert and Sullivan works. They generally call for lighter voices, and singers who can also act (or even dance) well because of the amount of dialogue it contains.

The longest and most tragic operas are usually from the Italian verismo (=truth/reality) operas of the late 19th century ("Andrea Chenier", "Tosca", "La Wally", "Macbeth" to name a few) or those of Wagner, perhaps the only exceptions being that of "Die Meistersinger von Nuernberg" and "Rienzi." Though still long, the subject matter for these two Wagnerian operas are lighter.

Most operas, though, and the most successful ones, are usually those that combine the tragic and comedic aspects, sometimes even with a smattering of dialogue. Think of Mozart, Verdi, Massenet, Offenbach...
6. The 3 main types of singers in an opera, in ascending order, are: the chorus, comprimario, and ________________ singers or artists.

A principal singer/artist, aka prima donna (=first woman) or primo uomo (=first man), is generally the one male (and/)or female who sings more than any other character, is paid more than any other singer, and takes the last bow. With the exception of such operas as "Don Giovanni", "Die Fledermaus", or "Rigoletto" in which the title character is male, the prima donna always has the last bow!

Comprimario (literally with or alongside the first [main] singer) singers usually have shorter and comic roles that require lighter voices and good acting. In addition to the chorus, there are often supernumeraries (literally extra numbers/fillers), who are non-singing people - usually extras just to fill space or acrobats/jugglers/dancers, etc. - on the stage.
7. When opera first began, the orchestra was onstage with the singers.

Up until about 1750, opera used to be a simpler art form that did not require as much stage action and scenery. Opera grew out of the Italian (Florentine) camerata (little chamber; hence the term chamber music), a gathering of intellectuals and musicians who would collaborate to produce a unified art form. Thus the singer(s) and the orchestra were together on the stage; the composer would sit at the harpsichord, directing the orchestra (usually strings with a few winds here and there) with head and/or hand gestures.

As the public demanded more spectacle and elaborate sets (le macchine, or machines, they called them), the orchestra grew bigger and had to be moved further down and away from the singers. The size of the orchestra also grew from the period between Mozart and Beethoven. Of course, Wagner revolutionized the opera orchestra entirely, by having it play under the singers under the stage in a partially covered pit in Bayreuth, to create his concept of "Gesamtkunstwerk": a unified artwork.
8. During the time of the castrati, these male singers sang only the female roles, since women were not allowed on the stage.

Castrati actually sang heroic roles in what came to be known as opera seria in the 18th century. Mozart was the biggest composer for the castrati. These roles were all intended to be sung by the anatomically maligned singers: the title role in "La clemenza di Tito"; Sesto in "La clemenza di Tito"; Idamante in "Idomeneo." Another castrati (and earlier) favorite was Handel, who composed at the height of the singers' popularity; almost all of his title roles which (coloratura) mezzo-soprano Marilyn Horne has made famous in his 'historical' operas were composed for them ("Serse {Xerxes}", "Rinaldo", "Radamisto", "Orlando furioso" to name a few).

By the way, a fascinating book that sheds some light on this bewildering period in musical history is Anne Rice's "Cry to Heaven" (yes, the Vampire Queen!).
9. An aria that is interpolated or substituted for another in an opera is called a ___________ aria.

Yes, in the 18th century, if you did not like the aria that your character had to sing or did not feel that it particularly showed off your vocal capabilities, you had every right to ask the composer to recreate another specifically for you; or you could substitute (or paste, as the name suggests) an existing aria from a different opera, hopefully by the same composer! A famous example of this is "Un moto di gioia" by Mozart, which subsequent Susannas in his "Le nozze di Figaro" would substitute for "Deh vieni, non tardar." Ah, the good ol' days...
10. The house (audience's) lights have always remained off during a performance since the beginning of opera.

The lights (chandeliers or wall sconces) had to remain on during the entirety of the performance so that the audience could read the libretto and follow along with the story of the opera. You would be shocked to know that you could also eat and drink, as concessions were actually sold, during the performance!
Source: Author Triviasoprano 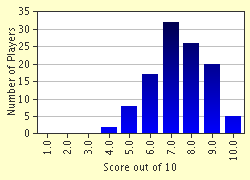 
Other Destinations
Explore Other Quizzes by Triviasoprano