After my quiz on "Tasty Women", now its male counterpart. As a history loving FT quiz architect I've read a lot of cookery books in order to gather these questions. Have fun!

Quiz Answer Key and Fun Facts
1. Cod with cheese sauce is named after one of the advisors to the French king, Henry IV. Who was this advisor?

The recipe I refer to is cod ŕ la Mornay. Not only cod but also other sorts of fish can be made "ŕ la Mornay". After having applied the sauce, you would brown the fish under the grill or in a hot oven.

Jules Mazarin was a cardinal who advised (and influenced) Henry IV's successor, king Louis XIII (king of France between 1610 and 1643).

Jean-Baptiste Colbert was advisor to king Louis XIV, the French king from 1643 till 1715. Colbert is best known for his economic policy based on the work of local manufacturers, instead of the work of the farmers. Farm produce was protected by Colbert by means of high import taxation. By the way, Colbert gave his name to a recipe based on sole. Sole Colbert is crumbed sole with beurre maître d'hôtel (butter with green spices).

Nicolas Perrenot de Granvelle wasn't an advisor to a French king. He advised the Habsburg Emperor Charles V (emperor from 1515 till 1555), who reigned in Belgium, the Netherlands, Luxembourg, Spain, Portugal, Austria-Hungary and large parts of Germany, Italy and the Balkan peninsula, and of course all colonies of these countries.
2. A famous recipe for roast beef is the following: slice the roast beef, apply cheese and other seasonings between the slices and put the dish into a hot oven. This recipe was named after a Russian prince, who conspired against Czar Peter III. Who was this prince and favourite of Czarina Catharina II?

This dish can also be made with veal or pork. The seasoning can contain for example cheese, carrots and onions, or (although not in the case of pork) ham and cheese.

Grigori Potemkin (1739-1791), admiral under czarina Catharina II, conquered the Crimean peninsula. His name is probably best remembered as the name of a battleship, whose sailors participated in a mutiny in 1905. Sergei Eisenstein directed a famous movie entitled "Battleship Potemkin".

Alexander Ivanov (1806-1858) was a famous Russian painter. His main goal was to build a palace especially designed for a series of frescos with biblical content. Unfortunately he died before the work started.
3. A steak covered with a fried egg is named after "The Iron Chancellor", a notorious politician who reunited his country in the nineteenth century. Who was this "Iron Chancellor"?

The steak I mention is named "steak Bismarck".
Otto von Bismarck (1815-1898) was chancellor of Prussia from 1862. He reunited Germany under Prussian command.

Giuseppe Garibaldi (1807-1882) reunited Italy, as Bismarck reunited Germany. He gave his name to a felt hat.

Benjamin Disraeli (1804-1881) was the British Prime Minister in 1868 and from 1874 till 1880. He is often said to have invented the political novel.
4. One of the most commonly used sauces in the kitchen is made by frying some butter, then adding flour and milk to obtain a smooth sauce. The sauce is flavoured with pepper, salt and nutmeg. This sauce probably derives its name from a chief cook under the French king, Louis XIV. Who was this cook?

The recipe I gave is that of sauce bechamel. Louis de Bechamel was born in 1630 and died in 1703.

Eugene de Beauharnais (1781-1824) did not give his name to the famous sauce bearnaise (butter, egg yolk, tarragon vinegar, tarragon). He was the stepson of Emperor Napoleon.

René-Antoine Réaumur (1683-1757) invented one of the temperature scales. He didn't become as famous as his colleagues Celsius and Fahrenheit.
5. A recipe of avocado with ginger and sherry was given the last name of the Emperor Napoleon. What was his last name?

Napoleone Buonaparte was born in Ajaccio, Corsica on August 15th, 1769. At that time, Corsica was part of the Republic of Genoa, so the main language was Italian - hence the Italian orthography. When Napoleon moved to France, his name was soon altered to Napoléon Bonaparte. This French sounding name was first recorded March 28th, 1796.
Napoleon became Emperor on May 18th, 1804. The coronation ceremony took place December 2nd, 1804, in the presence of Pope Pius VII. After the Pope had blessed the crown, Napoleon took it in order to perform the ceremony himself. The famous painting by Jean-Louis David depicts Napoleon putting the crown on his wife's head.
During his reign, Napoleon fought wars across Europe. He was finally defeated at Waterloo, a small town near Brussels, on June 18th, 1815. He died in exile on the island of Saint-Helena on May 5th, 1821.
6. Pork chops Mountbatten are made with onions, gherkins and parsley. The name was of course derived from Lord Mountbatten, supreme commander of the British forces in Asia during World War II. Lord Mountbatten died on August 27th, 1979, when his boat was bombed by a terrorist movement. Which terrorist group killed Lord Mountbatten?

Although Lord Mountbatten was viceroy and later governor-general of India, the Tamil Tigers had nothing to do with this assault. Their objective being to liberate the Tamil people of Sri Lanka.

The Rote Armee Fraktion was a German terrorist movement. The leaders were Andreas Baader and Ulrike Meinhof.

Hezbollah was founded in 1982. It is an islamic movement and deploys most activities in Israël and Lebanon.

The Provisional IRA sought the annexation of Northern Ireland to the Irish Republic.
7. In this question I'm looking for a French chemist who promoted the potato. Fried potatoes with parsley are named after him. Who was this chemist?

The recipe I hinted at is Pommes Parmentier.

Antoine-Auguste Parmentier (1737-1813) was a chemist in the French army. He convinced the French people to eat only the tuber of the potato plant, and not to eat the poisonous leaves.

François Vatel (1631-1671) was chief cook for Fouquet, an advisor of the French king Louis XIV. Vatel was quite famous for his banquets, but he wanted everything to be exactly as he intended. The slightest alteration or inconvenience would provoke a crisis. A famous rumour tells how Vatel committed suicide because the fish for one of his banquets was not delivered in time.

Marie-Antoine Carčme (1783-1833) was trained as a confectioner. He became one of the greatest cooks of his time.

Guillaume Tirel dit Taillevent (1310-1395) is one of the earliest French cooks we know. He wrote an important cookery book on meat and fish, that helps historians to reconstruct the diet of the medieval upper classes.
8. Petite Marmite Henry IV is a soup named after the French king Henry IV. It contains chicken, oxtail, beef chops and Savoy cabbage. Which is Henry IV's famous quote?

Henry IV stated "Paris vaut bien une messe" (Paris is worth a mass) on July 25th, 1593. He then decided to convert to Catholicism in order to become king of France.

"L'Etat, c'est moi" (The State, that's me) is a famous quote by the French king Louis XIV. The Parliament of Paris was debating on the opportunity of some royal edicts and the state interest, when Louis XIV replied with this famous sentence.

"Aprčs nous le déluge" (After us, the flood) is not a quote by a royal. It was said by Madame de Pompadour, the mistress of the French king Louis XV, in November 1757. The exact date was not recorded, but it must have been soon after November 5th, when the French army was defeated at Rossbach.

Charles de Berlaymont, advisor to Margaret of Austria tried to diminish the importance of a group of Dutch noblemen by whispering "Ce ne sont que des Gueux" (These are mere beggars). This incident took place on April 8th, 1566, when a delegation of Dutch nobility (led by William of Orange) presented Margaret with a series of grievances, among others about taxation and religion. Although Charles of Berlaymont whispered the famous quote, some of the noblemen overheard it and promptly took the name of "geuzen", the Dutch word for "gueux".
9. One of the most famous registered trademarks of Belgian chocolates was filed by a certain Mister Kestekidis, who founded a chocolate factory in Brussels in 1910. He adopted as his trade mark the name of a Spartan general who fought the Persian army near the Thermopylae in 480 B.C. Each chocolate is decorated with a picture of a Greek soldier (complete with armour, helmet and lance). Who was this Spartan general?

In the battle at Thermopylae, Leonidas had chosen a strategic position at the mountain-pass. In doing so, he could hold out for several days against a larger army. Only by the treason of Ephialtes, who knew a shortcut through the mountains, was the Persian king Xerxes was able to defeat Leonidas.
It was not merely through admiration of this Spartan general that Mr. Kestekidis named his factory Leonidas. In fact, Mr. Kestekidis' Christian name was Leonidas.

The other names I mentioned are also registered trademarks of Belgian chocolates.

Daskalides is named after the man who founded the chocolate factory in Ghent. In fact, Daskalides was a brother in law of Leonidas Kestekidis.

Hans Burie is an Antwerp based chocolate producer.

Guylian is the abbreviation of Guy and Liliane. Guy and Liliane Foubert founded a chocolate factory in Sint-Niklaas (almost halfway between Ghent and Antwerp). They specialise in Belgian chocolates in the shape of shellfish.
10. A famous aperitif is made of white wine and creme de cassis. It is named after the mayor of the French city of Dijon during World War II. Who was this mayor?

Adolphe Max (1869-1939) was the burgomaster (Belgian equivalent of mayor) of Brussels from 1909. He tried to decorate the city of Brussels. One of his main achievements is the building of the "Bozar", the museum of ancient art.

Georges Haussmann (1809-1891) was prefect of the Seine Department from 1853 till 1870. This function would nowadays be called the mayoralty of Paris. Haussmann almost redesigned Paris. The beautiful avenues such as the Champs Elysees are one of his realisations.

Alexandre Renaud (1895-1989) was mayor of the small city of Sainte-Mčre-Eglise in Normandie during World War II. This city and its mayor suddenly became world famous on June 6th, 1944, as American paratroopers landed just before sunrise in the city (and not at its outskirts as had been the plan).
Source: Author JanIQ 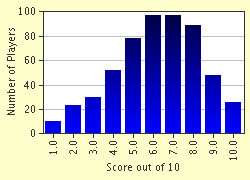