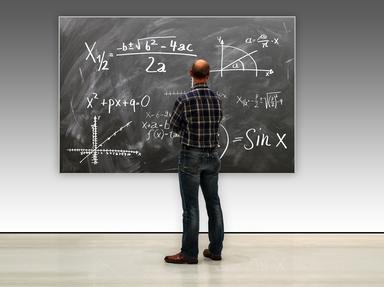 Have you got a quiz or test coming up on Gas Laws in your high school chemistry class? Give this test a shot to test your knowledge thus far on the subject. Please keep in mind "T" "P" "V" stand for temperature, pressure, and volume respectively.

Quiz Answer Key and Fun Facts
1. The equation PV=nRT shows the relationship between a variety of gas properties. What is this equation called?

The ideal gas law has 5 variables. Given 4 of the variables, it is possible to determine a fifth variable.

Pressure x Volume = Moles x Gas Constant x Temperature
2. In the equation PV=nRT what value does the "R" always have if the pressure is measured in Atmospheres and the temperature measured in Kelvin?

Boyle's law relates the pressure and the volume of a gas as long as the temperature remains constant.
4. Charles's Law is also known by which name?

Charles's Law is named for Jacques Charles who carried out experiments in the latter part of the eighteenth century. He described how gases expanded when heated and contract when they cool.
5. Dalton's Law of Partial Pressure can best be shown by an equation by: (P-1 is the pressure of the first gas)

John Dalton created this law showing that the sum of all the gas pressures is equivalent to the total pressure.
6. Gay-Lussac's Law relates which of the following gas properties?

Gay-Lussac's Law relates the Pressure and the Temperature of a gas as long as the Volume remains constant.
7. A container is originally at 5 Kelvin and 10 ATM. If the temperature is raised to 10 Kelvin, what will be the new pressure of the container?

Other diatomic gases are Nitrogen, Oxygen, Fluorine, Chlorine.
9. A solution is at 27 degrees Celsius. If the solution was placed in a freezer able to freeze it down to 100 degrees Kelvin, what would be the change in temperature?

The units are irrelevant with the freezing of the solution.
To change Celsius to Kelvin use the simple formula of:
(Degrees Celsius + 273 = Degrees Kelvin)

The only logical answer is the number of moles. The Pressure, Temperature, and Volume are all variable in the equation thus they can be changed. The equation shown is much simpler than memorizing individual rules like Charles's Law and Boyle's Law.
Source: Author rgranger01 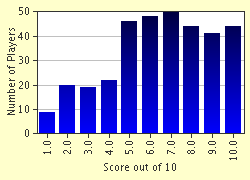 
Other Destinations
Explore Other Quizzes by rgranger01