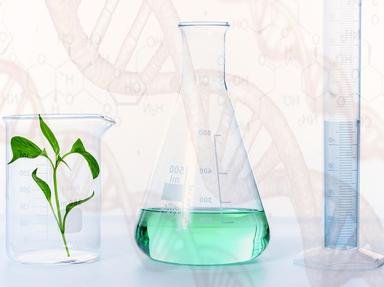 In chemistry, a number placed before a chemical formula indicates the number of molecules/units of that substance. Subscripts placed after individual element symbols indicate the number of atoms of that element in each molecule/unit. The symbol inside brackets after the formula indicates whether the substance is Solid, Liquid, Gaseous, or AQueous (dissolved in water). Hydrogen gas normally exists as diatomic hydrogen, that is, molecules of two hydrogen atoms each.

Other "diatomic" substances are nitrogen, oxygen, fluorine, chlorine, bromine, and iodine. Solid diatomic hydrogen is wrong because hydrogen is a gas at room temperature and pressure (RTP).
2. 2Na(s)+Cl_2(g) -> ?

Sodium metal reacts with chlorine gas in a redox reaction: sodium gives up an electron and becomes Na+; chlorine accepts that electron and becomes Cl-, and the Na+ and Cl- ions unite to form NaCl(s), table salt. So our reaction is now Na+Cl -> NaCl. But Cl exists in a diatomic form under normal conditions, so we must double each side and write chlorine in a diatomic form. Finally, NaCl(g) is wrong since table salt is solid at RTP.
3. Ag(s)+NaCl(aq) -> ?

Sodium is much more reactive than silver metal, so it has a greater tendency to form compounds. Thus, the choice Na+AgCl is incorrect because silver cannot displace sodium. The choice NaAgCl is incorrect because there is no way that a compound like this could exist, and AgNa+Cl is wrong since Ag forms Ag+ and Na forms Na+, and two positive charges cannot bond to each other.
The Reactivity Series is a list which indicates which metals can displace which other metals (as well as which nonmetals can displace other nonmetals)
4. NaCl(aq)+AgNO_3(aq) -> ?

Ionic compounds such as sodium chloride and silver nitrate exist as ions in aqueous solution, so the reactants would actually be sodium ions, chloride ions, silver ions, and nitrate ions floating around in water. But the ionic substance AgCl is insoluble in water, so as soon as an Ag+ ion and a Cl- ion meet each other, they precipitate (come out of solution) as solid AgCl. Sodium nitrate is soluble in water - all nitrates and >99.9% of sodium compounds are water-soluble.
5. NaOH(aq)+HCl(aq) -> ?

NaOH is a base and HCl is an acid. Acids donate protons (hydrogen ions), bases accept them. The solution will for an instant contain Na+, OH-, H+, and Cl-. H+ and OH- have a strong affinity for each other and will combine to form water, leaving NaCl(aq) behind.

Although it is true that sodium will IN THEORY displace magnesium when sodium is bound to nitrate and magnesium is bound to chloride, the hypothetical products are both soluble in water, so there really is no change.
7. 2Au(s)+6HNO_3(aq)->?

Gold is such an inactive (noble) metal that not even nitric acid is capable of dissolving it (look it up on the Electrochemical Series). All of the substances in the incorrect answers are in fact real, although they are unfavourable compared to the correct answer.
8. Au(s)+3HNO_3(aq)+4HCl(aq) -> ?

If you did the Interactive quiz, you may have been tempted to say that there is "No reaction" here based on the previous answer. However, there is more. Although nitric acid cannot normally oxidize gold to gold(III), it can in this case because the negatively charged chloride ions from hydrochloric acid act as ligands towards gold(III), that is, attach themselves to the positively charged gold(III) ion. Gold(III) usually takes 4 ligands in a square arrangement. The 3+ charge from gold(III) plus the 4 Cl- ions leads to a single negative charge, which is balanced by H+ to form chlorauric acid, hydrogen tetrachloroaurate(III). The other products are the result of the reduction of nitric acid.

Just so you know, this mixture of nitric acid and hydrochloric acid is capable of dissolving most metals - nitric acid can oxidize most metals by itself, and the hydrochloric acid enables the mixture to dissolve other metals such as gold and platinum in this way. This mixture is called aqua regia. Very few metals, including tantalum and iridium, can withstand it.
9. 2K_2MnF_6(s) + 4SbF_5(l) -> ? (150 degrees Celsius)

This was perhaps the least expected answer because fluorine gas is so reactive that it reacts immediately with most substances. However, it turns out that antimony pentafluoride has such a strong affinity for fluoride ion that it will displace them from potassium hexafluoromanganate(IV) (where Mn has the 4+ oxidation state).

It abstracts potassium also as the counter ion. But under these conditions manganese is not stable as in its higher oxidation states anymore as it would be if it had F- as ligands. Thus, it decomposes to manganese (II) fluoride and fluorine gas.
10. O_2(g)+PtF_6(g) -> ? 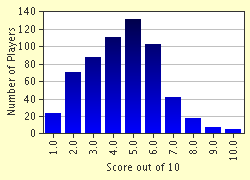 Related Quizzes
1. Chemical Reaction Average
2. The Uses of Various Chemical Substances Average
3. The Great White Part 7: Chalky Compounds Average
4. Basic Chemistry Quiz Average
5. Matter and Substance Average
6. Scientific Knowledge: For the Chemist Average
7. Keep An Ion It Average
8. Can You Smell Chemistry Tonight? Average
9. Chemistry Average
10. Where Does That Pigment Come From? Average
11. Fuels that We Use Average
12. It's a Gas! Average


Other Destinations
Explore Other Quizzes by bbi5291