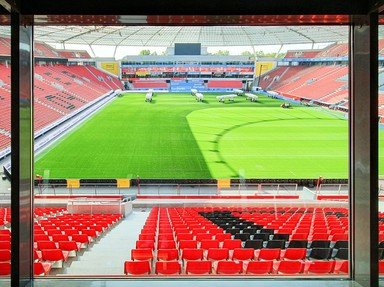 This quiz tests your knowledge about which countries have won the World Cup and when.

The host nation Uruguay won their first World Cup by beating Argentina 4-2. Only countries from South America and Europe played in the competition.
2. 1934

Once again, it was the host nation who ran away with the Cup.
The final ended with a 2-1 win for Italy vs. Czechoslovakia.
3. 1938

Back to back World Cup victories for Italy.
This time Hungary was the victim with a 2-4 defeat.
The tournament was played in June 1938 in France.
4. 1950

Brazil didn't have to wait very long, or travel very far for that matter, to collect their 2nd World Cup. In 1962, at the Estadio Nacional in Santiago, Chile, they managed to outscore Czechoslovakia 3-1.
8. 1966

1966 saw the nation that invented Soccer win their first and so far only World Cup. The win came after the host nation beat West Germany 4-2 aet at Wembley Stadium.
9. 1970

West Germany won their second World Cup in 1974. They did so by defeating The Netherlands 2-1 at the Olympiastadion in Munich.
11. 1978

1994 saw Brazil emerge as the most victorious country in World Cup history, winning their 4th title. It didn't come easy since the game was scoreless after both regular and extra time, so the game went all the way to a penalty shoot-out. When the dust had settled, Brazil came out as champions with a 3-2 win.
16. 1998

Oddly enough, France one of the soccer powerhouses, had never been in a World Cup Final. That all changed when they hosted the Cup in 1998. Not alone did they reach the final, they won it. Another soccer powerhouse, Brazil was convincingly defeated 3-0.
17. 2002

The 2002 World Cup had not one but two host nations, South Korea and Japan. The final was played in Yokohama Japan between Brazil and Germany. Brazil won the game 2-0, securing their 5th World Cup win!
18. 2006

The Final was played at Berlin's Olympiastadion. After a penalty shoot-out against France, Italy came out on top with a 5-3 win. This was their 4th title, making them the second most victorious country in World Cup history, only one title behind Brazil.
19. 2010

South Africa hosted the 2010 World Cup(first time the World Cup was hosted in Africa). The winner was Spain who, just like France, had to wait for a long time to reach their first final, but when they did, they won it. The Netherlands were defeated 1-0 after extra time.
20. 2014

The 2014 World Cup saw Brazil hoping to clinch their 6th title and this on home soil. However, the Cup ended on a very bad note for the hosts. In the semi-finals, Brazil were beaten by an incredible score of 7-1 by Germany, leaving the soccer-crazy country in a state of shock. Germany went all the way to win the title after a 1-0 win over Argentina.
21. 2018


Other Destinations
Explore Other Quizzes by Bohr