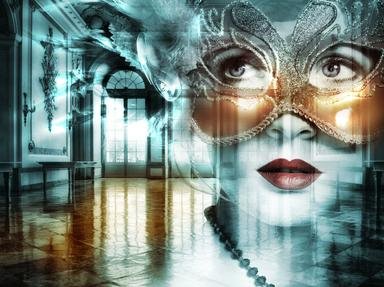 A mix of 10 Celebrities questions, submitted by 10 different FunTrivia players! The first few questions are easy, but the last couple are tough!

Quiz Answer Key and Fun Facts
1. Before being replaced early in production, which well known Belgian actor was originally cast as the alien known simply as the "Predator" from the 1987 movie of the same name?

Van Damme got as far participating in a few days of filming but was replaced quickly. Various reliable-seeming sources cite different reasons why he was replaced.

One version holds that Van Damme misunderstood exactly what the role entailed and was displeased when he learned that he would appear nearly invisible for a large portion of the film while the Predator was cloaked. It was also said he did not like the appearance of the Predator suit. This account of events holds that he asked to be, and was, released from his contract.

Another common account of what happened is that the film makers were dissatisfied with the appearance of the original Predator suit and during an on-set redesign, it was also decided the Predator should be taller than Van Damme's natural stature. Rather than trying to use effects to make him seem taller, they opted to switch to another actor. Since these accounts are not mutually exclusive and even overlap a bit, it is possible both are true.

In any case, Van Damme was replaced by the significantly taller Kevin Peter Hall (though apparently a few images of Van Damme's Predator are still seen in the final production).

Chaves and Landham are two other actors who also appeared in "Predator" as members of the commando team.

Question by player namrewsna
2. Most people know that Bob Hope has hosted the Academy Awards the most times, but which star of such fine movies as "When Harry met Sally" (1989) and "City Slickers" (1991) has hosted the second-most?

Billy Crystal hosted the Oscars nine times, compared to Bob Hope's nineteen. He has been a popular host of the Academy Awards ceremony, but is unlikely to return again. When asked once by another actor, Billy quipped "I've done nine....I think I'm okay." Johnny Carson is third with five hosting appearances, followed by Whoopi Goldberg and Jack Lemmon with four apiece.


Question by player vyvviking
3. Which of the following "Star Trek" actors has appeared in a variety of commercials since the early 1970s, endorsing video games, automobiles and as the main negotiator for priceline.com?

William Shatner is a Canadian actor, singer, author and producer. He has been a long standing "Star Trek" icon in his characterization of Captain James T. Kirk. In addition to his film credits and Broadway productions, Shatner has participated in a variety of commercials.

However, his most lucrative and humorous commercials have been endorsing priceline.com.

Question by player milliesmall
4. Which actor, who has starred as many dark and unusual characters, got his first film role in "Nightmare on Elm Street"?

Johnny played Glen Lantz. His character became Freddy Krueger's victim after he failed to stay awake as promised to his girlfriend Nancy who was trying to confront Freddy herself. Johnny performed his own death scene stunt when Glen was grabbed and pulled through the bed to his demise.

Question by player dbb
5. What "colourful" illness did actress and writer, Molly Weir suffer from as a child?

She had scarlet fever, but her mother was so afraid of hospitals that she kept Molly at home and told everyone that she had bronchitis. Fortunately, her mother took excellent care of her, sterilising everything, so no one else contracted the illness.

Dakota is the daughter of Don Johnson and Melanie Griffith, and the granddaughter of Tippi Hedren. She played Anastasia Steele in the "50 Shades of Grey" movie series.

Question by player debbitts
7. Which American actor shares his name with a 16th century English ballad?

An old rivalry between the Scottish Earl of Douglas and Percy, the English Earl of Northumberland, resulted in frequent raids in each other's territory. Percy (the Englishman) once boasted he would hunt for three days north of the Scottish border without asking permission from the Earl of Douglas, who responded by killing as many Englishmen as he could.

A chase (from the French "chasse") is a hunting party, and as it took place in the Cheviot Hills, the song commemorating that event came to be known as the "Ballad of Chevy Chase". Cornelius Crane Chase became famous on "Saturday Night Live" under the name Chevy Chase, which is also a town in Maryland.

Question by player chabenao1
8. Which actress is not from the state of Alabama?

All the other actresses are from my home state of Alabama. Felicia Day played Charlie on "Supernatural", Sonequa Martin Greene plays Sasha on "The Walking Dead" and Octavia Spencer played Minnie on "The Help".
Aniston was born in California.

Question by player jellybean134
9. Although Jeremy Brett is perhaps most famous for his portrayal of Sherlock Holmes, his first high profile role came in which musical film?

Jeremy Brett's had had a successful career since he made his professional debut in 1954, having appeared in both the West End and on Broadway, as well as appearing in a number of serials on British television, notably playing D'Artagan in an adaptation of "The Three Musketeers" on the BBC.

However, in 1964, he was cast in his highest profile role when he appeared as Freddy Eynsford-Hill in "My Fair Lady". Although Brett had sung professionally before, having appeared in musical roles on stage, his singing in the film was dubbed by Bill Shirley. Brett continued appearing both on stage and television throughout the 1960s and 70s, before in 1984 he was cast in his most famous role, that of Sherlock Holmes, in ITV's seminal adaptations of the Conan Doyle stories.

Question by player Red_John
10. EepyBird, a two-man team consisting of Fritz Grobe and Stephen Voltz, is known (well, maybe not well known) for their innovative displays featuring a famously fizzy candy and soda combination. Which soda and candy would this be?

The explosive fizz of the Diet Coke and Mentos combination is apparently not a chemical reaction, but a physical one. For a bubble, as in a bubble in a soft drink, to form, it must be able to nucleate. Mentos apparently provide a large number of nucleation sites, thus allowing far more bubbles to nucleate than normal.

The huge amount of fizz results from this nucleation gone wild!