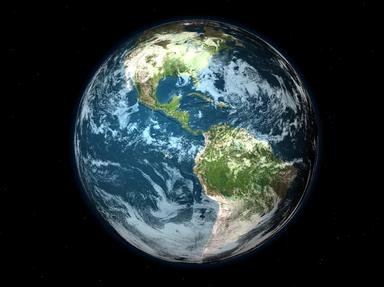 A mix of 10 World questions, submitted by 10 different FunTrivia players! The first few questions are easy, but the last couple are tough!

Quiz Answer Key and Fun Facts
1. What is the name of the red felt hat with a black tassel in the shape of a truncated cone that first became popular in the Ottoman empire?

The fez is still part of the traditional clothing of Cyprus today as well as being associated with other countries and with comedian Tommy Cooper who wore one as part of his act. In the Middle East they are often worn by service staff in tourist establishments.

Question by player Mixamatosis
2. Which is the word which will complete the first sentence of the preamble to the U.S.A. Declaration of Independence? "We hold these ____ to be self-evident..."

The Declaration of Independence came out of a period which believed it presented truths which people had not acknowledged before. It came out of the 18th-century Enlightenment, the era of revolution, and new visions of the common person.

Question by player Windswept
3. A pagoda is a type of religious building with multiple tiers and curved roofs. On which continent would you most likely find one?

A pagoda is a tall, tower-like building. Each tier of the tower has its own roof that curves upwards. They are usually constructed for religious purposes and are often associated with Buddhism. Pagodas are most commonly found in Asia, but they have also been built elsewhere in the world. Kew Gardens in London, for example, contains a pagoda that was built in 1762 as a gift for a princess.

Question by player AcrylicInk
4. It is widely known that New Zealand has around 20 sheep for every person living there, but which landlocked Asian country has more horses than people?

Horses are an intrinsic part of Mongolian culture. The number of horses owned by a person is also regarded as a status symbol. The horses live outdoors throughout the year, even during the biting Mongolian winters. They are used for milk and meat as also for travel and help with other heavy work.

Question by player zorba_scank
5. Which American clothing fashion brand started out as a New York City sporting goods store, that supplied Charles Lindbergh for his flight across the Atlantic and the gun with which Ernest Hemingway shot himself?

The Abercrombie & Fitch store on Manhattan's Madison Avenue advertised itself with the slogan "The Greatest Sporting Goods Store in the World". In 1927, it supplied the equipment to Charles Lindbergh for his historic non-stop flight from New York to Paris in the Spirit of St. Louis. The fame Lindbergh attained from this flight allowed A&F to increase its customer base considerably.

Abercrombie & Fitch closed its doors in 1977. In 1988 the brand name was purchased by Limited Brands and relaunched as a clothing line.

Question by player Snowman
6. Maryland's official one is the astrodon johnstoni, Missouri's is the hypsibema missourensis, Wyoming's is the triceratops. What are these?

State legislatures in the U.S. can vote to adopt any symbols as official for their state. All states have a state tree and a state bird, but only 29 have state butterflies according to Wikipedia. Six states plus the District of Columbia have official dinosaurs. The official dinosaur for Washington D.C. is the capitalsaurus.

Richard Branson founded Virgin Galactic in 2004 and had originally hoped to have the company's first spaceflight by 2010. Instead, he beat fellow space entrepreneur Jeff Bezos and his Blue Origin company into space by nine days. Elon Musk is behind SpaceX, which has the long-term goal to colonize Mars. Donald Trump's biggest space contribution has been establishing the United States Space Force.

Question by player Stonecreek
8. Sanskrit was the former language of which country?

Sanskrit was an Indo-European, Indic language, in use since c1200 B.C. as the religious and classical literary language of India. It is still an official language there even though at the 2001 census, there were only 14,000 self-reported speakers.

Question by player Spontini
9. Which of the following presidents of the US won an election by a margin of one electoral vote?

Coming eleven years after the end of the Civil War, the 1876 election was one of the most controversial ever. The southern states were trying to end Reconstruction, which was dominated by Republicans and were starting to trend towards the Democrats, which would lead to the "Solid South" for the next 80+ years.

In 1876, there were 19 electoral votes from Florida, Louisiana, and South Carolina (as well as one vote from Oregon) that were disputed and claimed by both sides. A 15-member commission was appointed to resolve these disputes.

The commission was supposed to have 7 Democrats, 7 Republicans, and 1 independent (5 members from each of the House, Senate, and Supreme Court). However, just before the commission met, the independent was named to the Senate meaning he could no longer represent the Supreme Court. All of the remaining justices were Republicans so the commission ended up awarding all 20 electoral votes to Rutherford B Hayes, the Republican, over Samuel Tilden, his Democratic opponent, leading to Hayes winning the election 185-184.

Question by player andymuenz
10. Three of these phrases were either coined by or closely associated with US president Dwight D. Eisenhower. Which one was not?

The term "iron curtain," as a metaphor for the divide between eastern and western Europe during the Cold War, is most closely associated with former British PM Winston Churchill. He began using the term in several 1945 speeches warning of machinations by the Soviet Union to establish a communist sphere of influence in that part of the world. "I like Ike" was the popular campaign slogan which helped Eisenhower get elected president in 1952.

This idea helped define US policy in the region for at least the next decade, leading to increased US involvement in Vietnam. In his farewell address to the nation in 1961, Eisenhower warned about the military-industrial complex becoming too powerful and the need for civilian oversight of spending and foreign policy.

Unfortunately, these warnings went largely unheeded, despite coming from arguably the most respected military figure of the 20th century.