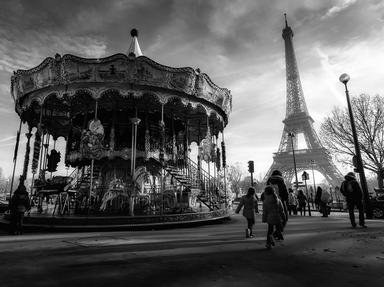 This is a quiz about the inimitable - and unconventional - Hermione Gingold. 78 years of performing on stage and screen; man-eater; high camp and eccentric - what's not to like?

Quiz Answer Key and Fun Facts
1. Hermione Gingold (1897-1987) was unconventional all her life. Her family was well-off but went regularly from rags to riches and back. Where was she born ?

Born in London to James Gingold and his wife Kate Walter, Hermione was descended from Turks and Austrians on her father's side of the family.
She lived in London until 1951 when she moved to America.
Stage-mad from an early age, her first appearance on stage was in 1908, when she was in 'Pinkie and the Fairies'. The stars of the show were Ellen Terry and Mrs Patrick Campbell.
In 1911 she was an understudy in 'Where the Rainbow Ends', which is how she met, and became lifelong friends with, Noel Coward.
2. Hermione had a very unusual middle name. What was it?

Her names were her mother's choice. 'Hermione' was from Shakespeare's 'Winter's Tale', and 'Ferdinanda' was after her great uncle Ferdinand.
After this effort it seems that her mother ran out of inspiration - Hermione's younger sister was plain 'Margaret'.
3. Hermione was married twice. Defying convention as so often in her life, she deserted her first husband and children. Who was her husband?

Hermione and Michael met in Bournemouth and were married in 1918. Typical of young women at the time, Hermione had no idea of the facts of life and soon found herself pregnant. Her first son, Leslie, was born, and she was soon pregnant with her second son.

A still-born daughter followed,and the couple had no idea of how to prevent pregnancy. She openly admitted that she loathed motherhood and only wanted to get back on the stage. Michael, meanwhile, had set up his own eponymous publishing company, and it was at a literary tea organised by Hermione for the company that she met Eric Maschwitz, whom she married in 1926 (and divorced in 1945).
4. Hermione having deserted her children when they were still young, even the mention of her name was not allowed in their home. Despite this sad start in life, both the boys did well and one of them has a theatre in Scarborough named after him. Who was he?

Hermione saw nothing of her sons for many years, but in 1939 Stephen turned up unexpectedly. Both he and Leslie did manage to build a relationship with her, and she even grew to enjoy the grandchildren that Leslie gave her...though she hated being called 'Grandmother'.

Stephen died in 1967 from cancer, at the age of 46. He was a celebrated writer and stage director who founded what became the Stephen Joseph Memorial Theatre in Scarborough , which is famed for premiering more than 70 of Alan Ayckbourne's plays.
Hermione's elder son, Leslie Joseph, is otherwise known as actor Roy Dean.
5. During WW2 Hermione was a tireless performer who kept London entertained in a series of revues largely written by Alan Melville. What was the name of the first revue, which went onstage in 1943?

'Sweet and Low' was followed in 1944 by 'Sweeter and Lower', and almost inevitably, in 1946 by 'Sweetest and Lowest'.
It was during this time that Hermione made the very close acquaintance of many American Servicemen, which led to her life-long love of all things American.
6. In 1958 Hermione was one of the stars of 'Gigi'. Her co-stars were mainly French, but Hermione kept her own English accent. It was different, but it really didn't matter, and she was unforgettable as Mme Alvarez. She sang a touching duet with the iconic French actor Maurice Chevalier. What was the song?

All the songs are from 'Gigi', a Lerner and Loewe musical based on a 1944 novella by Colette, and perhaps the last of the great MGM musicals. It stars Lesley Caron as 'Gigi'
'Mme Alvarez' is the retired courtesan who is Gigi's grandmother.
Chevalier plays 'Honore Lachaille', uncle of 'Gaston' (Louis Jourdain) who eventually falls in love with Gigi. The plot centres on Gigi's Grandmother and Aunt trying to set her up with a wealthy lover, and whilst beautiful to look at the plot is really quite distasteful to a modern viewer. However, the duet between Chevalier and Gingold is a classic :'Ah yes, I remember it well.'
7. In 1973 Hermione was in the original Broadway cast of a musical that later transferred to London, and also became a film. She appeared onstage with her arm in a sling following an accident, but rose above it as she so often did in her unconventional life. One of the best known songs from this musical was 'Send in the Clowns'. What was the name of the show?

'A Little Night Music' is Stephen Sondheim's great musical based on Ingmar Bergman's film 'Smiles of a Summer Night'.
Once again, Hermione plays a retired courtesan, Mme Armfeldt. Her co-stars included Glenys Johns.
The show ran on Broadway for 2 years, and then transferred to London in 1975. This was Hermione's last appearance on a London stage.
8. How would you describe her singing voice?

Hermione's voice was originally a coloratura soprano, but she developed nodules on her vocal chords that caused it to deepen greatly. Her mother forbade to to get treatment, probably realising that the distinctive sound she now made was unlikely to be forgotten by any who heard it.
9. Throughout most of her life Hermione was a man-eater with a string of lovers. Even in old age Hermione maintained her deep interest in sex, which lasted until she was 85. Her last lover was somewhat younger than she. When they first met, was he young enough to be her:

An unsatisfactory sex-life with her first husband was rectified when Hermione married Eric Maschwitz, but being married didn't suit her temperament and she was serially unfaithful. Despite have somewhat unconventional looks (she described herself as 'ugly') she was amazingly attractive to men.

Her lover's name remains a secret, but she referred to him as 'Little Big Boy'. He was 26 when they met and she was 80 - they stayed together for five years.
They remained friends after their affair ended.
10. When Hermione died in 1987 she was completing her autobiography, which was a no-holds barred account of her life. She knew how scandalous and unconventional her life was in some peoples' eyes, but she had few regrets and wanted to tell the truth. What was the book called?


Answer: How To Grow Old Disgracefully

'My Wicked, Wicked Ways' was the autobiography of Errol Flynn.
'A Postilion Struck by Lightning' was one of Dirk Bogarde's volumes of autobiography.
'What's my Motivation' is by actor and writer Michael Simkins.

Hermione's book is funny and honest and well worth reading.
Source: Author invinoveritas 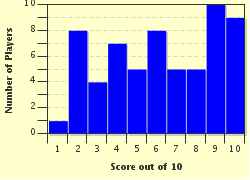 Related Quizzes
This quiz is part of series A mixed bunch!:

Some of my least played quizzes - please remember to rate. Thank you!


1. Hooray for Hermione Average
2. Junes are bustin' out all over Average
3. The Infamous Mrs Simpson Average
4. Disney's 'Song of the South' Average
5. How Unconventional...Hermione Gingold Average


Other Destinations
Explore Other Quizzes by invinoveritas