Sacrifice was an important part of the Aztec religious experience. Take this quiz to see what you know or to learn something you didn't know. Good luck!

Quiz Answer Key and Fun Facts
1. Nanauatzin was an Aztec deity that sacrificed himself and his blood to create and become which important being?

Nanauatzin and Tecuciztecatl both sacrificed themselves and everything they had to create the sun and the moon. It was Nanauatzin that jumped into the great bonfire first, thus becoming the sun. It was his and Tecuciztecatl's self-sacrifice, along with blood from the other gods, that laid the foundation for the belief that the gods demanded blood as repayment for the creation of the Fifth Sun.
2. Some Aztec ceremonies called for human sacrifice in mass numbers. One such ceremony called for many sacrifices in order to represent the victory of the god of war over his brothers, the Centzon Huiztnaua. What was the name of the Aztec god of war whose temple in Tenochtitlan was named Coatepetl?

According to the story, Huitzilopochtli's mother, Coatlique, was sweeping at a temple one day when she became pregnant with Huitzilopochtli after a ball of feathers fell from the sky. Her other children, the Centzon Huiztnaua led by her daughter Coyolxauhqui, found out about her pregnancy and were on the way to kill her. Huitzilopochtli was born in full armor and killed his sister, sending her dismembered body down the hill.

He also defeated the Centzon Huiztnaua (the stars) and spread them in all directions. Once the Aztecs built the Great Pyramid named Coatepetl in honor of the mountain on which his battle took place, they included a sculpture of Coyolxauhqui's dismembered body at the bottom of the pyramid to symbolize her defeat.
3. An important issue when dealing with human sacrifice in Aztec culture is what happened to the victims after death. Did the Aztecs believe that sacrifice victims would enter the same heaven as warriors who died in battle?

The highest heaven was reserved for those warriors who died in battle. Sacrifice victims were also worthy of entering this heaven since their blood kept the gods happy. This was even extended to those victims who were enemies that had been sacrificed.
4. The Aztecs believed that they lived under the Fifth Sun and that they needed to keep it going. During a solar eclipse, they believed that the sun was under attack. Which group was sacrificed during an eclipse to help the sun warriors defend the sun?

The Aztecs believed that the souls of cripples, especially hunchbacks, could help the sun warriors to protect the sun from the monster that was attacking it. This always worked and the eclipse would end. Because of this, people who were crippled were treated well during their lifetime.
5. Human sacrifices were often prisoners taken during times of war between the villages and peoples under Aztec control. During times of peace, there were no prisoners to use for sacrifice, so village leaders would arrange wars with each other for the purpose of taking captives for sacrifice. What were these wars known as?

These prisoners were especially useful for sacrifices to the sun.
6. The celebration for which god called for the sacrifice of children, especially their tears?

Tlaloc was the god of rain. It was believed that the tears of the children would ensure that Tlaloc provided plenty of rain. After the priests paraded the children around town making them cry, they were sacrificed. Not all children were eligible to be sacrificed to Tlaloc--only those born with a double cowlick.

The priests would pick the children soon after birth, and once the children were taken away from their parents, they were kept in a separate house until they reached the age of about five or six years old.
7. Other than humans, which of the following did the Aztecs offer as sacrifices?

While human sacrifices were some of the most important, the Aztecs would also offer up non-human sacrifices and offerings. They would also sacrifice animals, such as the quail, by beheading them. Offerings of flowers, food, and other items were also involved in the ritual preparation for religious celebrations.
8. Which drink formed a part of many rituals and was given to sacrificial victims before they were to be sacrificed?

Pulque was given to those who were to die on the sacrificial stone as well as to the gladiators who were to fight the Aztec warriors. Pulque was also given to infants when they were introduced into the Aztec ceremonial life.

Pulque is an alcoholic beverage and is made from the maguey plant after the plant has matured for about eight to ten years. It is still drunk in Mesoamerica and is sometimes mixed with fruit juice.
9. Which god was generally associated with being opposed to human sacrifices and called for the sacrifice of snakes, birds, and flowers?

Quetzalcoatl was the god of wisdom. He was usually associated with being opposed to human sacrifice, though he did advocate self-sacrifice and the sacrifice of animals. He was also the creator of humanity under the Fifth Sun since he was the one who stole the bones from the Underworld to form the new humans.
10. Sometimes, prisoners of war would be given the opportunity to fight for their freedom against seven of the Aztec's best warriors. What would be done to ensure that this was not a fair fight and to give the Aztec warriors the advantage?


Answer: The prisoner would be tied to a stone and given inferior weapons.

Gladiator-style combat was used to give courageous prisoners a chance to escape their fate as a sacrifice and to gain their freedom. These warriors would fight seven Aztec warriors, one at a time, while being tethered to a stone pedestal. Also, their weapons would not be of the same quality as those of the Aztec warriors. If a warrior were to still prove to be a challenge for the Aztec warriors, he would often be pitted against a left-handed warrior to confuse him.
Source: Author tiffanyram 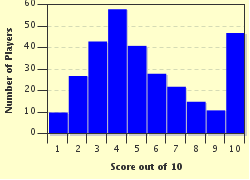 Here's a list of any quizzes about Mexico that I've written. Not all of them are about the geography, some are about history and people, and even a couple of Spanish quizzes.