Here is my first History quiz, a little challenging for some.

Quiz Answer Key and Fun Facts
1. Name the South American leader who fought for independence in Columbia, Venezuela and Peru.

Simon Bolivar (1783-1830) led the fight for independence in Venezuela, Columbia and Peru. Benigno Aquino(1932-1983) was a popular Philippines leader who fought the Ferdinand Marcos dictatorship. Fidel Castro is a Cuban dictator. Hernando Cortes (1485-1547), a Spanish explorer, conquered the Aztecs in 1521.
2. Name the Zionist leader who helped to found Israel and later became prime minister.

Golda Meir was the first female Prime Minister of Israel (1969-1974). In 1948 she signed the vital proclamation establishing the state of Israel. Moses, a former Egyptian prince, became a Hebrew prophet and leader. Yitzhak Rabin was the 5th Prime Minister of Israel from 1974 to 1977. Anwar Sadat was President of Egypt from 1970 to 1981.
3. Who was the Polish shipyard worker who led labor protests against the Communist government and later became president of Poland?

Lech Walesa, a Polish labor leader, helped bring down the Communist government in Poland. David Livingstone was a British explorer. Karl Marx was a German philosopher. Gorbachev was the leader of the Soviet Union from 1985 till its collapse in 1991.
4. Name the Renaissance artist who painted the Mona Lisa.

Leonardo da Vinci (c. 1452-1519) created the Mona Lisa, a portrait of a young woman whose real identity is obscure. Michelangelo (c. 1475-1564) and Donatello (c. 1386-1466), were similar artists originating from Italy. Herodotus was a Greek historian, sometimes described as "The Father of History".
5. Name the U.S. president during WWII.

Franklin Roosevelt served as U.S. president from 1933 to 1945, which included most of WWII. Eisenhower, Nixon and Kennedy became U.S. presidents later.
6. Name the North Vietnamese leader who led the invasion of South Vietnam.

Ho Chi Minh (1890-1969) was the famous Communist leader who founded the Vietcong (originally the Viet Minh) and fought, in turn, against the Japanese, the French and later against South Vietnam and the US. Mao Zedong (1893-1976) led the Chinese Communists from the 1930s till his death and founded the People's Republic of China in 1949. Chiang Kai Shek (1886-1975) led the fight against the Communists from 1927 onwards, though he briefly formed an alliace with them to fight the Japanese. Sun Yat Sen (1866-1925) was the first leader of the Chinese Nationalist Party and is credited with the Chinese Revolution of 1911, which led to the overthrow of the Qing dynasty and the establishment of the Republic of China in 1912.
7. Name the Scotsman widely credited with inventing the steam engine.

James Watt's key accomplishment was the improvement (not the invention) of the steam engine. Earlier steam engines were cumbersome and inefficient and used only for pumping water from mines. Watt's improved steam engine played an important role in advancing the Industrial Revolution. Johannes Gutenberg, originally a goldsmith, invented the printing press. (Though there were forerunners in Korea there is no evidence that these were known in Europe). Orville Wright helped invent the airplane. Thomas Edison is regarded as the inventor of the modern light bulb.
8. Name the first explorer who led the first expedition to sail around the world.

Ferdinand Magellan set out his goal to sail around the world. Although he himself was killed in the Philippines the expedition team completed the first voyage round the world. Dom Vasco de Gama was the first European to reach India by ship, forming the basis for a Portuguese colonial empire in Asia. Francisco Pizarro was the first Spanish conquistador to settle the Incan empire. Vasco Nunez de Balboa accompanied Pizarro around 1500 and founded a settlement island known as Hispaniola.
9. Name the writer of the socialist philosophy that inspired Communism.

Karl Marx was the writer who inspired Communism. Stalin and Lenin were Soviet Union leaders who claimed to follow his principles in a modified form ("Marxism-Leninsim"). Soon after Crown Prince Rudolf's suicide at Mayerling in 1889 Franz Ferdinand became was the heir to the Habsburg throne.

As is well known his assassination in 1914 triggered at chain of events that led to the outbreak of World War I.
10. Name the assassinated prime minister of Israel who signed agreements with the PLO to work for peace. 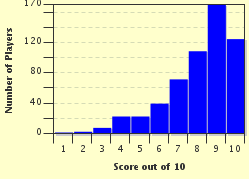 
Other Destinations
Explore Other Quizzes by Sari73