The title comes from Sue Monk Kidd's charming coming of age novel of the same name. As ever enjoy and good luck.

T Ray ran a peach farm, Lily was his only child. He appeared to be a father but not a Dad. Lily's mother was dead and Lily was filled with curiosity about her.
2. Which of these political events feature in the novel?

Lily returned home on July 2nd, 1964, to find Rosaleen, the lady who cared for her, ecstatic as the Civil Rights Act was signed into law.
3. What gift did Lily want for her fourteenth birthday?

She was the only girl in school without one. Lily suffered greatly from the lack of trendy clothes as many of her school mates mocked her.
4. What did Rosaleen steal from Ebenezer Baptist Church?

Rosaleen was determined to register to vote, Lily accompanied her to town. It was a humid day so they rested in the church, Rosaleen took the fans to help keep cool.
5. Lily helped Rosaleen escape from police custody.

Rosaleen was assaulted on her way to jail. She was taken to hospital and a guard was seated outside her room. Lily felt that she had had enough from her father, so she helped Rosaleen escape and together they fled to Tiburon looking for information about Lily's mother.
6. Who gave Lily and Rosaleen shelter?

There were three sisters all called after calender months: August, May and June. A fourth sister called April had died.
7. How had Lily's mother died?

She died when Lily was four. All Lily had to remember her were a pair of gloves, a tattered photo and a black cross. The letters Tiburon were written on the back of the cross. Tiburon was also the home place of the Boatwrights, so Lily hoped to find out more about her mother from them.
8. Did Zach throw the coke bottle?

Zach was Lily's first real friend of her own age. They were in town at the auto-parts store, when an incident took place. A coke bottle was thrown at an abusive white man. Zach did not commit the crime, but, as he would not name the real culprit, he was arrested and put in jail.
9. Which of the sisters had once worked for Lily's mother?

August had been a maid before she began the honey farm. Lily's mother had also spent time at the farm when her marriage was disintegrating. August gave Lily some items which had once belonged to her mother.
10. Did T Ray find Lily?

He came searching for her and finally filled in the truth about her mother.
Source: Author fiachra 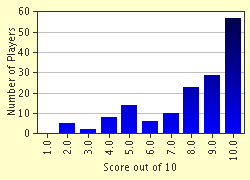 
Other Destinations
Explore Other Quizzes by fiachra