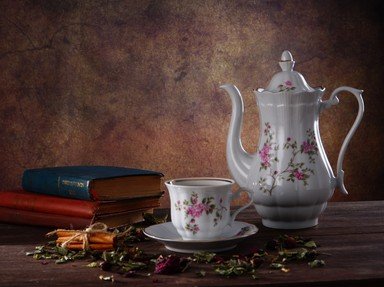 A quiz on Susanna Clarke's book "Jonathan Strange and Mr Norrell", a tale of war, magicians and fairies.

Quiz Answer Key and Fun Facts
1. What is the first name of the eponymous Mr Norrell?

Mr Norrell is rarely referred to by his first name and then only in dialogue.
2. Which of these characters is NOT enchanted by the Gentleman with the thistle-down hair?

Jonathan Segundus, a magician himself, is charged with looking after Lady Pole towards the end of the enchantment at Starecross Hall.
3. Vinculus has blue marks on his skin which turn out to be the contents of a book belonging to whom?

The book was "The Book of Magic" by the Raven King and was thought to be lost after being eaten by Vinculus's father.
4. What is the name of Mr Norrell's London residence?

Mr Norrell's residence at the start of the book was Hurtfew Abbey in Yorkshire. He moved to London to further the cause of English Magic but many of his most prized books remained at Hurtfew.
5. What did the Gentleman with the thistledown hair take from Lady Pole to show his claim on her?


Answer: One of her little fingers

Lady Pole's enchantment was released when her finger was restored to her hand. The Gentleman also bargained with Norrell for half her life.
6. How did Strange use his magic to help Wellington defeat the Spanish?


Answer: He built robust roads for the army to march on

Strange's assistance was originally spurned by Wellington. Only once Strange had spent time with Wellington's men did he understand what the men desired most.
7. What was the name of the book published by Jonathan Strange?


Answer: The History and Practice of English Magic

Norrell cast a spell which made all copies of the book, bar two, disappear. Strange, meantime, had retreated to Venice.
8. How did Jonathan Strange's mother die?


Answer: She caught a chill after taking a walk in the hills

Jonathan Strange's wife Arabella was also to suffer a similar fate. Jonathan's father froze to death after leaving his windows open all night in a bid to punish his manservant, Jeremy Johns.
9. What title did Wellington bestow on Strange?

Norrell was also appointed Magician-in-Ordinary but to the admiralty.
10. Which poet befriended Strange in Venice? 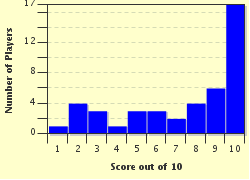 
Other Destinations
Explore Other Quizzes by vestybesty