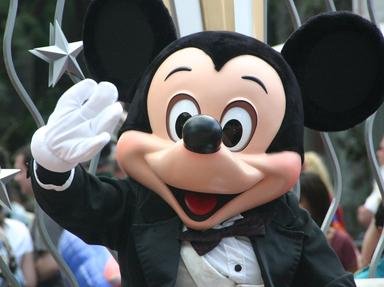 Disney couples often get together under strange circumstances. I will describe what a certain couple's "first date" was like, and you must select the couple that fits that date.

In "Beauty and the Beast", Belle offered herself in place of her father to remain in the castle as the Beast's prisoner. During this time, she and the Beast fell in love; the night that really showed their blossoming relationship was the night that Belle and the Beast sat down at his dining room table and ate, and then they danced in the ballroom.

Aladdin and Jasmine were never shown eating dinner, nor were they ever seen dancing.

Lady and the Tramp had dinner, but they didn't dance.

Aurora and Phillip danced, but never had dinner.
2. Which couple's "first date" was an exhilarating ride under the moonlit sky at an indeterminate altitude?

In "Aladdin", Aladdin and Jasmine's "first date" was a magic carpet ride, while they sang "A Whole New World." After he met the Genie, Aladdin wished to become a prince. It was in this disguise that he got Jasmine to take a magic carpet ride with him. The moon was full, and it was never specified how many miles up they were. It was during this ride that Jasmine really fell in love with Aladdin, and their love was what drove the story. Aladdin then defeated Jafar, and he and Jasmine were free to be together once again.

Duchess and O'Malley danced with his friends, with each other, and then sat under the moonlight, talking.

Robin Hood and Maid Marian went for a moonlit stroll, but not a 'ride' per se.

Taran and Eilonwy didn't even have very much romance onscreen, much less anything that could be considered a date.
3. Which couple's "first date" happened at an Italian restaurant?

"Lady and the Tramp" told the story of two dogs from opposite cultures - the rich, pampered Lady and the rugged ruffian Tramp. When Lady's life was turned upside down by the arrival of a baby, Tramp helped her deal with it by taking her out on the town. The favorite scene in "Lady and the Tramp" is Lady and Tramp's spaghetti-kiss. Their "first date" happened at Tony's.

Esmeralda and Phoebus didn't really have a date of any kind.

Greece may be close to Italy, but there was never any mention of Hercules and Meg eating at an Italian restaurant.

Mulan and Shang barely even flirted.
4. Which couple's "first date" consisted of going to a restaurant by the bay, and then seeing the play "Oedipus"?

In "Hercules", Herc tried to become a "true hero." He really liked Megara, but he didn't know that she was secretly working for Hades. Megara was ordered by Hades to find Hercules's weakness. She talked him into "playing hooky" for a day, so she could get to know him better, and hopefully find his weakness. It was during this time that there was a scene in which Hercules said, "What a day; first that restaurant by the bay, and then that play, that, that, that Oedipus thing? Man! I thought I had problems!"

Nani and David never really had an onscreen date in "Lilo and Stitch" (though it is heavily implied that they did start going out after the movie ended).

Belle and the Beast seldom left the castle, so how could they have gone to a restaurant or seen a play?

All Cinderella and Prince Charming did was dance and then take a walk outside.
5. Which couple's "first date" consisted of a horse-drawn carriage-ride tour of the kingdom, followed by dancing, and later, a melodic rowboat ride in a blue lagoon?

In "The Little Mermaid", Ariel desperately wanted to be with Eric, after she fell in love with him at first sight, and rescued him from drowning. After her father discovered her grotto, he angrily destroyed all her precious treasures, prompting Ariel to make a deal with Ursula. Ariel traded in her voice for legs, met up with Eric, and then they went on a tour of his kingdom. There was a scene of the two of them dancing, and then later, they sat in a rowboat while Sebastian sang "Kiss The Girl."

Hercules and Megara didn't even live in a kingdom, so there was nothing to really take a tour of, nor did they dance or take a ride in a rowboat.

Amelia and Delbert's relationship blossomed amidst mutiny and adventure; there was hardly time for any kind of date whatsoever.

Milo and Kida may have spent some time together in water, but not in a "blue lagoon." There was no rowboat nor dancing between them either.
6. Which couple's "first date" probably happened off-screen and before the movie even began?

In "Robin Hood", Robin contemplated his strained relationship with Maid Marian. He felt that he couldn't be with her, because she was a lady and he was an outlaw. But he couldn't get her out of his mind, because they were sweethearts, and he still loved her. In the movie, Maid Marian showed some kids where Robin carved their initials on a tree. There was no kissing back then, but I think that can be considered a date.

Simba and Nala may have been childhood friends, but they never "dated" before the movie began.

Esmeralda and Phoebus met during the movie, so they couldn't have had any romance prior to it.

Bambi and Faline met during the movie, so they couldn't have had any romance prior to it.
7. Which couple's "first date" was a playful, passionate romp around the jungle while two friends watched in dismay?

In "The Lion King", Scar murdered Mufasa and convinced Simba that it was all his fault. Then he told Simba to run away, which Simba immediately did. He eventually met Timon and Pumbaa, and they lived together in the jungle. When Simba and Nala were reunited in the jungle, they did a lot of nuzzling and rolling around. Timon and Pumbaa were not pleased by this new development.

Tarzan and Jane may have met in the jungle, but they didn't "romp" around, so to speak.

Mowgli and Shanti never really had time for a date of any kind; their romance was thrown together at the last minute to tie up the story.

Pocahontas and John Smith may have rolled around a bit during "Colors of the Wind," but the movie did not take place in a jungle.
8. Which couple's "first date" consisted of the male trying (and failing) to catch a fish, the female laughing at him, the male yelling at the female, and then bringing her a flower to make amends?


Answer: Tod and Vixey, "The Fox and the Hound"

In "The Fox and the Hound", Tod made friends with Copper, but their friendship was forbidden. When they grew up, Tod tried to talk to Copper, but he got them in so much trouble that Widow Tweed had to leave Tod in the forest for the rest of his life. Tod was devastated at first, but then Big Mama hooked him up with Vixey. He tried to impress her by catching a trout, but failed miserably. Vixey and all the other animals in the forest laughed at Tod, and he insulted Vixey. Then, Big Mama sang "Appreciate the Lady", and Tod brought Vixey a flower to show that he was sorry.

Taran and Eilonwy never tried to catch anything, much less trout. And while Taran did yell at her, he never brought Eilonwy any flowers.

Peter Pan and Wendy were barely a couple, so there were no exchanges of flowers between them.

The only food O'Malley presented Duchess with was a tank of cream, but she didn't even bother to drink any of it. They never yelled at each other, and O'Malley never brought her a flower.
9. Which couple's "first date" was just playful leaping around the meadow at night?

"Bambi" told the story of the Young Prince, and his journey into adulthood. Bambi met Faline when they were kids, and they became fast friends. After Bambi's mother was killed, Bambi went off with his father. When we next see him, Bambi was all grown up, and ready to get "twitterpated." But he couldn't be with Faline before winning her over, and a rival stag named Ronno made a play for Bambi's girl. After Bambi defeated Ronno, he and Faline started "going out" so to speak. A love song played in the background during a scene in which Bambi and Faline leaped and pranced around the meadow at night.

Lady and the Tramp strolled through the park at night, but they didn't leap.

Pocahontas and John Smith may have interacted on a meadow or two, but not at night. At night they met at Grandmother Willow and kissed.

Snow White and the Prince never really did anything together, let alone leap around a meadow.
10. Which couple's "first date" was a dreamlike dance in the forest?

In "Sleeping Beauty", the three good fairies took Aurora into the forest and raised her under the alias Briar Rose. On her 16th birthday, the fairies sent Briar Rose out to pick some berries. It was during this outing that she met up with Prince Phillip for the first time in real life (she had seen him in her dreams). Aurora and Phillip sang "One Upon a Dream" and danced when they met up in the forest.

Cinderella and Prince Charming danced, but not in the forest. 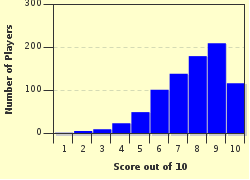 
Other Destinations
Explore Other Quizzes by Sner2000