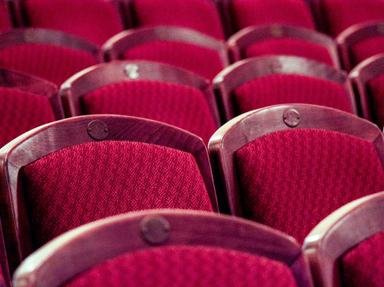 I saw this movie opening day and it was so good! So I hope you enjoy!

Quiz Answer Key and Fun Facts
1. What was the name of the main character?

She was a big fan of "The Corny Collins Show", and she tried to make a difference with the black and white situation. She was a little on the heavy side. Mrs. Von Tussle was not happy with Tracy, and she tried very hard to get her off of the show.
2. Who was Tracy's best friend in the movie?

Penny Pingleton was her best friend in the movie because she was always helping her and was always backing her up and supporting her. During the movie she also had a sucker in her mouth most of the time and was very funny.
3. Who played Tracy's mother in the movie?

Of course they made him look like a woman and they put him in a fat suit! Her mother owned a busiess that had to do with laundry. She was also overweight and she couldn't resist food. John Travolta has also been in other movies, such as "Grease", "Wild Hogs", and "Ladder 49".
4. Who did Penny end up with in this movie?

She was also tied up by her mother and he came to rescue her. Then they ended up dancing together at the end of the movie. He was in detention every time Tracy was sent to detention for whatever the reason being. She was introduced to new ways of dancing by him, and that's how she got noticed by Corny Collins.
5. Who won Miss Teen Hairspray in the end of the movie?

She was Motormouth Maybelle's daughter. Link Larkin pulled her out onto the dance floor, and then he left her and she danced by herself. She didn't have a big role in the movie, but she did mostly in the end. She wasn't always in the scenes with her mother, but she was in a few of them.
6. What did Tracy do that almost got her sent to jail?


Answer: She hit a cop with a picket sign.

She hit a cop with a picket sign because he kept turning away when Motormouth Maybelle kept trying to talk to him. She ran and hid at Penny's house. She was at Penny's house for a while. She was hiding in her basement and they locked the door so nobody could find her. She got out of the room and hid in the trunk of a car then.
7. What was the complaint that the kid sitting behind Tracy had in the beginning of the movie?


Answer: Tracy's hair was too high.

She sprayed it with hairspray so she could look like the people on her favorite show, "The Corny Collins Show". Her teacher sent her to detention for her hair being over the allowed limit in school.
8. What was dividing the blacks from the whites at the dance at the school?

A rope was in between them, and Tracy was going to try to dance with them but then she ended up doing Seaweed's dance/moves. They did not take the rope down after that, but Tracy did get noticed by Corny Collins. She then got accepted into "The Corny Collins Show".
9. When Mrs. Von Tussle went to Mr. Turnblad's business shop to try and seduce him and stop Tracy from being on the show, what word came out of the gun when she pulled the trigger?

The word Bang came out and she got mad and kept trying harder and harder, but he never cracked. He didn't react that much, but she got even more mad that he wouldn't give in to her.
10. At the end of the movie, who was in the giant can of hairspray that the police used to break open the doors?

Tracy was in there because the cops were looking for her and she wasn't allowed into the pageant. She was lowered from the ceiling in a rocket. The police didn't realize that Tracy was in the can. She got out of the can once the coast was clear and no one was around to see her get out.

The police then realized that she was in the can and went back to check, but she had already gotten out of the can.
Source: Author xxpeanut77xx 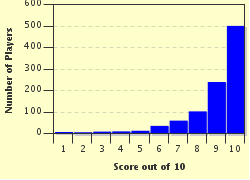 
Other Destinations
Explore Other Quizzes by xxpeanut77xx