All about the 1995 film starring Alicia Silverstone as Cher Horowitz, a spoiled rich girl from Beverly Hills, and her friends and family.

Quiz Answer Key and Fun Facts
1. How did Cher say her mother died?

At the very beginning of the film, the big portrait of Cher's mother in the Horowitz house was shown. Cher called her a "Betty" (a beautiful woman, in the "Clueless" lingo) and explained that she had died from a freak accident during routine liposuction when Cher was very young. Cher liked to talk to the portrait of her mother sometimes, which included showing her her report card when she got good grades.
2. Which student gave a thank you speech in Mr. Hall's class?

Mr. Hall was reading out how many times each student had been late, and told Travis that he had 38 tardies, "by far the most tardies in the class". The other students began clapping and cheering, so Travis got up and went to the front of the room to give a speech.

He thanked his parents for never giving him a ride to school, the city bus drivers, and the McDonald's staff for taking a long time making his breakfast. Mr. Hall was bewildered and moved on reading his list. He told Cher she had two tardies, but excused one because it was due to "women's' troubles".
3. When Murray shaved his head, what did Dionne threaten to do?

Murray's buddy shaved his head in the bathroom at the Sun Valley party. Dionne stood outside the bathroom, freaked out and told him that it was stupid. Murray and his friend mocked her until she said she was going to call Murray's mother. Then Murray got worried and begged her not to. Observing this scene, Cher simply rolled her eyes and told Tai that Murray and Dionne pulled this kind of drama a lot. Murray and Dionne's ongoing fight was the reason that Cher had to catch a ride home with Elton after her father called and demanded that she come home.
4. What game was played at the party that the gang went to in Sun Valley?

Suck and Blow involved the players passing a playing card from person to person using only their mouths. Elton purposely dropped the card while passing it to Cher so that he could kiss her. She still didn't realize at this point that Elton liked her, but she finally clued in when he tried to make a move while driving her home.

He left her stranded in a parking lot when she refused his advances.
5. What did Cher's father tell Christian he owned, as a warning against letting anything bad happen to Cher?


Answer: A gun and a shovel

When Christian arrived to pick up Cher for their date, Mel talked to him briefly. He wasn't impressed by Christian at all, especially after Christian didn't answer appropriately when Mel asked if he drank alcohol. Just before Cher and Christian left, Mel warned him, "If anything happens to my daughter, I've got a .45 and a shovel. I doubt anybody would miss you." During their brief conversation, Mel also asked Christian, "What's with you, kid? You think the death of Sammy Davis, Jr. left an opening in the Rat Pack?" Josh decided he better go to the party with Cher and Christian to keep an eye on her.
6. What did Cher compare Amber to?

At the party that Christian and Cher went to on their date, Cher and Tai saw Elton dancing with Amber. Tai got upset, because Cher had wanted to fix her up with Elton, so Cher told Tai that Amber was a "full-on Monet", meaning that she looked fine from far away but was a big mess up close. To confirm, Cher asked Christian's opinion and he peered at Amber and simply said, "Hagsville".
7. During a shopping trip with Cher, Christian asked her if the leather jacket he bought made him look like ____ or ____; which actors' names go in the blanks?

After Cher realized that Christian was gay, she stopped pursuing him romantically and they became great shopping buddies. Cher assured him that the jacket made him look hot. This little scene took place just before the bit of drama with Tai being held over the railing by the two guys, before Christian stepped in and rescued her.
8. What did Cher want to wear for her driver's test?


Answer: Her "most capable looking outfit"

Cher was seen yelling for Lucy while rummaging through her clothes, asking about a particular white shirt from Fred Segal, because it was part of her "most capable looking outfit". When she found Lucy, Lucy told her that her shirt was probably at the cleaner's. Cher decided to wear something else for her test (a different white shirt), but it didn't go very well; she failed miserably and was not able to negotiate a better score.
9. When Cher decided to live a less self-centred life, she became the captain of a disaster relief campaign for what region?

Miss Geist talked about the Pismo Beach disaster in her class, and Cher raised her hand and said she wanted to help. Cher became the captain of the relief effort and helped to run the item donation centre. She also cleaned out many items to donate from her own house, including a lot of clothes, food items and her skis.

When her father questioned the skis, she said that some people had lost everything and would need new sporting equipment. Pismo Beach is a real place in California, but the disaster was made up for the movie.
10. Who got married at the end of the movie?

The scene first implied that it was Cher and Josh getting married, but then Cher said, "As if! I'm only 16 and this is California, not Kentucky!" It was then shown that she and the rest of the gang were at Mr. Hall and Miss Geist's wedding. Cher was with Josh, Dionne was with Murray, of course, and Tai was happy with Travis.

The girls all competed in the bouquet catching, and Cher emerged victorious. She and Josh kissed and the movie ended.
Source: Author guitargoddess 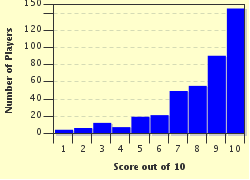