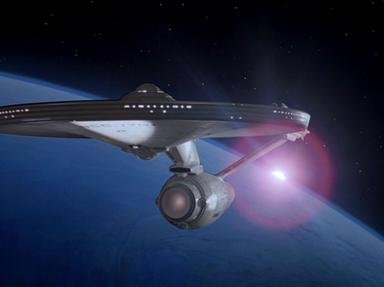 "Star Trek: Insurrection" follows "The Next Generation" crew of the Enterprise-E as they embark on their third motion picture for the franchise. Take this quiz to find out if you are a true Trekkie.

Quiz Answer Key and Fun Facts
1. One of the actors in the movie "Star Trek: Insurrection" directs it, which one?

"Star Trek: Insurrection" is the ninth "Star Trek" movie and the second one with Jonathan Frakes as the director. Frakes also directed "Star Trek: First Contact". "First Contact" was the highly successful motion picture directorial debut for Frakes but "Insurrection" failed to capture the same level of success. Critics panned it as just an extended episode of the TV series. (Source: Rotten Tomatoes website) Prior to these movies, Frakes directed episodes of "The Next Generation (TNG)", "Deep Space Nine (DS9)", and "Voyager".
Levar Burton has directed numerous episodes of "TNG", "DS9", "Voyager", and "Enterprise" but never a Star Trek motion picture.
Patrick Stewart directed several episodes of "TNG" only.
Brent Spiner has never directed any "Star Trek" vehicles.
2. Data malfunctions while observing a primitive race on a planet, in a region of space called the Briar Patch. What causes the malfunction?

Later on in the movie we learn it is a phaser blast that damages Data's positronic brain, particularly several of his memory engrams. This blast causes his self preservation mode to take over. To protect himself and the Ba'ku, he exposes the duck blind and the scientists in it.
3. What is the race of the people Data is observing before the malfunction?

A joint team of Federation and Son'a scientists are studying the Ba'ku. Data is part of this mission when he malfucntions. The Ba'ku appear to be a pre-warp civilization, but, as is usual in "Star Trek", things are not always how they appear.
4. On the way to the Briar Patch, Captain Picard hears something that sounds off to him. What is it that the Captain hears?


Answer: A minor misalignment in the torque sensors

Picard tells Geordi La Forge that something sounds a bit off. Geordi checks and sees that there is a minor misalignment in the torque sensors. He is amazed by the Captain's perceptiveness. Although only a minor scene, it does establish the relationship Picard has with his ship and his command.

This plays out later on when he is not willing to just write Data off as a lost cause but does everything he can to save Data and find out what happened to him.
5. While Captain Picard and Worf are trying to capture Data, the Captain begins singing a song to distract Data. What is the song?


Answer: "A British Tar" from the musical "H.M.S. Pinafore"

While Picard and Worf are in the shuttle attempting to capture Data, Picard asks Worf if he knows Gilbert and Sullivan. Unfamiliar with Earth's musicals Worf replies that he has not had a chance to meet all of the new crew members yet. Realizing that Data is operating in some sort of default mode, Picard uses the song "A British Tar" to distract Data because it is the song Data had been practicing for a performance.

His ruse works and Data begins singing along.
6. What weapon or device does Worf use to deactivate Data?

Worf modifies a tricorder that he says should be able to deactivate Data but he will need to be very close in order for it to work. Picard and Worf use the shuttle to pursue Data who is in the mission scout ship. They distract Data long enough to be able to engage the docking clamps and hook the two ships together. Worf is then able to enter the scout ship and deactivate Data before he can react.
7. While on the planet surface, Captain Picard is talking with several of the locals. They tell him Data had a problem they could not fix, surprising Picard with their knowledge of technology. What is the problem they tell Picard Data had?


Answer: A phase variance in his positronic matrix

Captain Picard is under the impression that the Ba'ku are a pre-warp civilization but this encounter reveals they are not what they appear to be. The Ba'ku are actually a warp capable civilization that shuns technology in their daily lives. They tell him, "Our technological abilities are not apparent because we have chosen not to employ them in our daily lives - we believe that when you create a machine to do the work of a man, you take something away from the man."
8. When Data is reactivated, after being held in stasis, what does he notice is missing?

Data's memory engrams were damaged by the phaser blast he suffered. With his memory damaged Data is unable to recall exactly what led to his malfunction. The last thing he can recall is following several Ba'ku children into the mountains. Picard, Data, Anij, and Sojef retrace Data's steps on the planet surface and find a young Ba'ku boy named Artim.

They follow him as he leds them on the path he took the day of Data's malfunction.
9. Worf has a Gorch on his face because he is suffering from Jak'tahla. What is Jak'tahla?

Jak'tahla is Klingon puberty and a Gorch is like a giant pimple. Picard jokes with Worf and tells him to let him know if he starts feeling any aggressive tendencies that come with Klingon puberty. Later on during the battle to protect the Ba'ku from the Son'a drones that are firing isolinear tags Worf destroys one by using his phaser-compression rifle as a club.

After the victory, he tells Captain Picard, "Definitely feeling aggressive tendencies, sir!"
10. Admiral Dougherty gives the Enterprise 12 hours to leave the Briar Patch, after they have recovered Data. The short time frame makes Picard suspicious. But an order is an order so he obeys.

Picard has a feeling things are not right so he ignores the order and investigates what caused Data's malfunction. He confirms his suspicions when they find the Federation holoship submerged in the lake. They surmise that Data found the holoship and was fired upon to protect the secret. Picard cannot believe the Federation would be involved in the scheme of moving the Ba'ku but Admiral Dougherty tells him otherwise.
Source: Author tazman6619 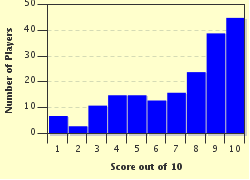