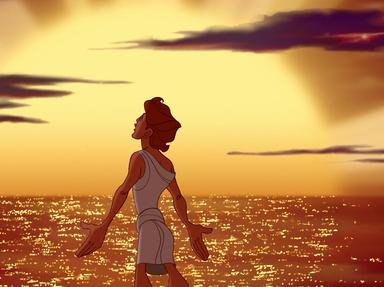 This quiz is strictly about the voices from Disney's 35th animated feature, "Hercules". This quiz will test what you know about the people behind the characters.

Quiz Answer Key and Fun Facts
1. Who provides the voice of the film's somewhat naive main character, as an adult?

Tate Donovan plays the voice of adult Hercules in the movie. A couple of the other choices were main characters from other animated movies. Matthew Broderick voiced Simba in the movie, "The Lion King". Phil Harris voiced O'Mally in "The Aristocats" and Tony Goldwyn voiced Tarzan in "Tarzan".
2. Which two of the following actors play Hades' sidekicks, Pain and Panic?

The other choices listed were some of the people that helped in the creation of the TV series, "Taxi". Danny DeVito also played in films such as, "Matilda" and "Drowning Mona".
4. Which famous broadway actress provided the voice for Hercules's love interest, Megara?

Originally, Susan Egan was not allowed to even audition for the role because all the directors saw her as Belle from "Beauty and the Beast" and Meg was more of the "Barbara Stanwyk" type character. But, eventually, Susan Egan got the audition and it obviously all worked out.
5. Which actor provided the voice of Hades, the villain of the movie?

When James Woods went to audition for the role of Hades he tried acting as comical as he was in the movie because he was in that kind of mood that particular day. This audition changed the whole personality of the character because Hades was originally supposed to be a dark, sinister character....but James Woods changed all that! Actually, Jack Nicholson was supposed to play Hades but he was later refused of the role.
6. Hal Holbrook, the actor who voiced Herc's adoptive father, Amphitryon, was also working on another animated feature at the time.

Hal Holbrook was indeed working on another animated feature during his work on, "Hercules". The animated feature he was working on was "Cats Don't Dance". In that particular movie Hal Holbrook voiced the rather grumpy goat, Cranston. "Cats Don't Dance" came out in theaters in spring of 1997 and "Hercules" came out during the summer of 1997.
7. Which of the following, voices Icarus in the TV series?

Hercules's high school pal, Icarus was voiced by "Third Rock From the Sun's" French Stewert. Robert Castanzo voiced Philoctetes, Robert Stack voiced the narrator and Tom Arnold voiced Cupid.
8. Which of the following did NOT voice a God of Olympus?

Rip Torn voiced Zeus, the King of the Gods. Paul Schaffer voiced his merry messenger, Hermes. Wayne Knight was cast as an additional voice for Bacchus, the God of Wine. Barbara Barrie actually voiced Herc's adoptive mother, Acleme.
9. Which of the following ladies do NOT play one of the gospel-singing muses?

This quiz was reviewed by FunTrivia editor linkan before going online.
Any errors found in FunTrivia content are routinely corrected through our feedback system.
Most Recent Scores
Nov 01 2022 : Guest 205: 7/10
Oct 02 2022 : Guest 45: 5/10 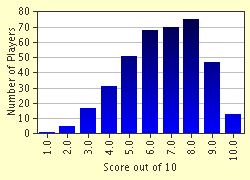 
Other Destinations
Explore Other Quizzes by janey114