Just how much do you know about Elton John's classic "Daniel"? Pit yourself against 10 questions about the song and/or associated facts. Song #24 in the 'Anatomy' series.

Quiz Answer Key and Fun Facts
1. What mode of transport is Daniel taking?

"Daniel is travelling tonight on a plane".

This is probably a good thing. Depending on where the point of departure was, a car could take forever!
2. Where is Daniel travelling to?

I guess I can't let this go by without theorising that in the main, rain fell on the plane when it got to Spain?
3. What can the singer see Daniel doing?

"Oh and I can see Daniel waving goodbye"

I wish I knew how many times "Leaving On A Jet Plane" went through Bernie Taupin's head when he come up with this line!
4. At the end of the first verse, the singer says that "it looks like Daniel". What reason does he give for his uncertainty?


Answer: Must be the clouds in my eyes

"God it looks like Daniel, must be the clouds in my eyes"

As discussed in the answer to question 10, this line causes some confusion. Does the singer know it is Daniel? Does Daniel exist any longer? So many questions.
5. What relationship to the singer is Daniel?

"Daniel my brother, you are older than me"

This is assuming we can take the use of the word "brother" in its usual literal sense.
6. Is Daniel older or younger than the singer?

"Daniel my brother, you are older than me"
7. Which of the following body features is not mentioned in the song?

All of the alternate choices are mentioned is successive lines:

"Do you still feel the pain of the scars that won't heal
Your eyes have died but you see more than I
Daniel you're a star in the face of the sky"
8. At what time of the day does Daniel travel?

"Daniel is travelling tonight on a plane"

On a "Big old jet airliner" perhaps?
9. Has the singer ever been to the place that Daniel is travelling to?


Answer: It is not stated

It is not discussed in the song why Daniel is leaving, though there is a vague reference in these lines:

"Daniel my brother, you are older than me
Do you still feel the pain of the scars that won't heal
Your eyes have died but you see more than I"

Although it remains unclear whether this is anything to do with his departure. Of course, the above lyrics, coupled with:

"Oh and I can see Daniel waving goodbye
God it looks like Daniel, must be the clouds in my eyes"

"Lord I miss Daniel, oh I miss him so much"

Could they infer that Daniel is deceased? It is all too deep for me to interpret!
Source: Author FussBudget 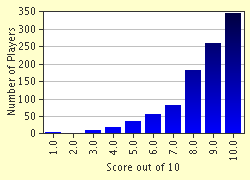