Anatomy of a Song: "Maggie May" Quiz

Just how much do you know about Rod Stewart's classic "Maggie May"? Pit yourself against ten questions about the song and/or associated facts. Song #29 in the 'Anatomy' series.

Quiz Answer Key and Fun Facts
1. In which month of the year is the song set?

"Wake up Maggie, I think I got something to say to you,
It's late September and I really should be back at school"

When I was younger I had a vague idea what this song was about, but could never reconcile why Rod was talking about a month rather than a time of day! According to songfacts.com, this is a song Rod wrote about his initial experience with the opposite sex.
2. What did Maggie 'steal'?

"You led me away from home just to save you from being alone,
You stole my heart and that's what really hurt"

Uh oh, seems like our Rod was used. For good measure, later in the song, Rod laments: "You stole my soul and that's a pain I can do without". "Maggie May" was included on Rod's solo album, "Every Picture Tells a Story".
3. What is it that shows Maggie's age?

"The morning sun when it's in your face really shows your age,
But that don't worry me none in my eyes you're everything"

As a tender lyric, the first line doesn't really cut it! It is very expressive but let's face it, I wonder if he ever expressed this thought to the song's subject? The following line wouldn't exactly make up for it, I wouldn't have thought!
4. What does Maggie do to the singer's bed?

"But you turned into a lover,
and mother what a lover, you wore me out,
All you did was wreck my bed"

I've heard of home wreckers but this takes the cake. A bed wrecker? "Maggie May" found it's bed-totalling way straight to Number 1 in both the U.S. and U.K. charts.
5. What does Maggie do to the singer "in the morning", straight after the 'bed' incident?


Answer: Kicks him in the head

"and in the morning kick me in the head"

Whilst I now realise this is a metaphoric statement, again, as a younger listener my thought processes were along the lines of "Why is he staying there then?" In retrospect, the literal nature of the interpretation makes me laugh!
6. In the last verse, the singer contemplates ways to get away from Maggie. What is the first thing he considers?


Answer: Going back to school

"Maggie May" was rated by Rolling Stone Magazine as one of the 500 greatest singles of all time. The song was ranked Number 130, just trailing Steppenwolf's "Born To Be Wild".
7. What is the second option the singer considers for leaving Maggie?

Released in 1971, "Maggie May" was intended to be the B-side of "Reason To Believe". "Maggie" proved more popular and received more airplay, which was a bit of a shame, for "Reason" is an excellent song itself.
8. What is the last option the singer thinks about to rid himself of Maggie's hold?

Rod did find a band, a number of them in fact. He is best remembered as a member of The Jeff Beck Group and The Faces. Speaking of other bands, other bands to record "Maggie May" include Wet Wet Wet and Blur.

"Hitch-hiking his way across the U.S.A." is a reference, for those who recognised it, to a line in Lou Reed's "Walk On The Wild Side".
9. Which famous 60's group had an almost identically-titled song called "Maggie Mae"?

On The Beatles' "Let It Be" album, "Maggie Mae" (note the changed spelling) was their interpretation of a traditional song about a prostitute robbing a sailor. The Beatles' version is highly abridged, and as such is their second shortest recording, lasting a mere 39 seconds.
10. At the end of the song, what does the singer wish?

"Maggie, I wish I'd never seen your face,
I'll get on back home one of these days"

Poor Rod, in this song he has found a woman that he can't live with, yet can't live without! I wonder if the likes of Kelly Emberg, Britt Ekland, Rachel Hunter and Alana Hamilton were able to console him adequately?
Source: Author FussBudget 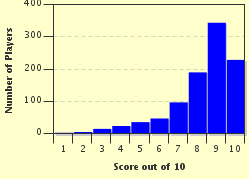