Anatomy of a Song: "The Boxer" Quiz

Just how much do you know about Simon and Garfunkel's classic "The Boxer"? Pit yourself against 10 questions about the song and/or associated facts. Song #2 in the 'Anatomy' series.

Quiz Answer Key and Fun Facts
1. In the first line of the song, we begin to hear the story of what type of boy?

The opening line sets the scene:

"I am just a poor boy though my story's seldom told".
2. In the very next line, for what does the singer "squander (his) resistance"?


Answer: A pocketful of mumbles

We start getting into some serious imagery:

"I have squandered my resistance for a pocketful of mumbles, such are promises".
3. Later in the first verse, what does "a man hear"? "Still a man hears _______"


Answer: What he wants to hear

The lines in question say:

"Still a man hears what he wants to hear
And disregards the rest".
4. In the song's second verse, the singer is "in the company of strangers". At what location?

It always intrigued me that Simon and Garfunkel used the English/Australian term "Railway" rather than their own native "Railroad":

"When I left my home and my family I was no more than a boy
In the company of strangers
In the quiet of a railway station, runnin' scared"
5. In the third verse, it is revealed why the singer is there. It turns out he is looking for something. What is he looking for?

"Asking only workman's wages I come lookin' for a job
But I get no offers..."
6. Where do the whores hang out in the song?

"...But I get no offers
Just a come-on from the whores on Seventh Avenue".
7. How are the people who live in the "poorer quarters" described?

"Laying low, seeking out the poorer quarters
Where the ragged people go".
8. In the second to last verse, the singer laments that he wishes he was going home. What city is he in when he sings this?

Obviously, the singer is not too fussed about the cold:

"Then I'm laying out my winter clothes and wishing I was gone
Going home, where the New York City winters aren't bleedin' me
Leadin' me, to goin' home".
9. In the last verse of the song, what is it that the boxer "carries"?


Answer: The reminders of every glove that laid him down

"In the clearing stands a boxer and a fighter by his trade
And he carries the reminders of every glove that laid him down
Or cut him 'til he cried out in his anger and his shame
I am leaving, I am leaving
But the fighter still remains"
10. Finally, on which album did "The Boxer" first appear?

Explaining the origins of the song, the book "Simon And Garfunkel. Old Friends. A Dual Biography" quotes Paul Simon as saying "I think I was reading the Bible around that time. That's where I think phrases like "workman's wages"' came from and "seeking out the poorer quarters". That was biblical. I think the song was about me - everybody's beating me up, and I'm telling you now I'm going to go away if you don't stop".
Source: Author FussBudget 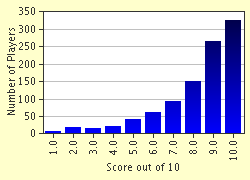