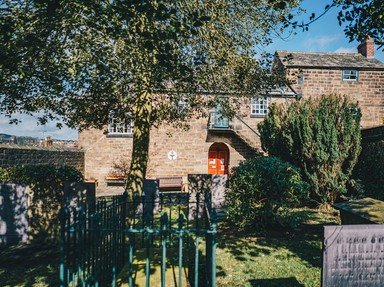 Unitarian-Universalists often have difficulty explaining what they believe. Take a break from explaining your beliefs and take this factual quiz about U.U. history.

Quiz Answer Key and Fun Facts
1. Where was the name "Unitarian" first used?

Ferenc David (also called Francis or Frances David) first used this name in 1568. (See the "Unitarian Universalist History in 8 Minutes" link at the bottom of the page.)
2. What Christian belief was the Unitarian faith a reaction to?

Unitarians rejected the belief that God was the father, the son and the holy ghost. Interestingly, this wasn't a required Christian belief until 325 CE when the Nicene Creed was adopted.
3. King Sigismund was the first and only Unitarian King. Where was his kingdom?

Ferenc David was Sigismund's court preacher and converted from Catholicism to Lutheranism to Calvinism and then to Unitarianism. Unfortunately, after Sigismund died his successor rejected Unitarianism and David was thrown in a dungeon where he died a year later.
4. What were the first two cities in the United States with Unitarian Churches?

Joseph Priestley helped found the Philadelphia church in 1796. Boston's Kings Chapel wasn't a Unitarian Church in name but in 1785 James Freeman convinced the powers that be to adopt Unitarian changes to their prayer book.
5. What did Universalists believe?


Answer: All people are saved.

Unlike most branches of Christianity, Universalists believed that all people would go to heaven. Universalism developed in the United States and from the beginning has reached out to marginalized members of society, which is reflected in modern U.U. churches' commitment to social justice.
6. What year did the Universalist & Unitarian faiths merge?

Because "Unitarian-Universalist" is a mouthful, many people just call themselves "U.U.s" which can lead to some "funny" puns and acronyms.
7. Which of these people is not a Unitarian or Universalist theologian?

John Dietrich was from the 20th century and encouraged an embrace of non-theistic religions. William Ellery Channing was a 19th century theologian who encouraged embracing other philosophies and religions. Joseph Priestley was one of the founders of the Philadelphia church in the 18th century. I made up the name Curtis Richards.
8. In 1553 Michael Servetus was burned at the stake for his writings questioning the trinity. In what country was he born?

Neither Catholic nor Protestant churches liked his questions about the trinity. Servetus and Calvin corresponded until they argued over this topic. Calvin turned in Servetus (living under an assumed name) to the Catholic Inquisition in Vienna. After Servetus was convicted of antitrinitarianism and opposition to child baptism, Calvin requested that Servetus be beheaded as it was seen as a more humane death.

This request was turned down and some sources say the executioner used green wood - which would burn more slowly - to torture him longer before he died.
9. In 1825 the American Unitarian Association was established in what city?

While "Cleveland rocks", it was not an early hotbed of Unitarianism.
10. What was the name of the Universalist who signed the Declaration of Independence?

All of these men signed the document. Button Gwennett (great name!) was from Georgia, Rush from Pennsylvania, Hancock from Massachusetts, McKean (or M'Kean) from Delaware.
11. In 1863 the first female Universalist Minister was ordained. What was her name?

Molly Pitcher was a camp follower in the American Revolutionary War who took up arms when her husband was killed, while Deborah Sampson disguised herself as a man and fought in that same war. Edith Quails is a figment of my imagination (though she sounds as if she would make a nice English nanny).
12. The Unitarian faith spread more rapidly than the Universalist faith.

George Halprin is a figment of my imagination. Clara Barton was the founder of the American Red Cross. Samuel Gridley Howe worked to educate the blind. Dorothea Dix helped reform treatment for the mentally ill.
15. What was the name of the Unitarian Universalist minister who was murdered in Selma, Alabama while working for Civil Rights?

According to the UUA's website, "twenty percent of the denomination's ministers responded to Martin Luther King's call to march for justice."
16. What year did the church affirm same-sex marriage?

Considering the number of same-sex couples in UU congregations, this affirmation happened a bit later than I had thought it did.
17. Which of these people is not or was not a Unitarian Universalist?

Check out www.beaconunitarian.org for a huge list of famous UUs.
18. The Unitarian Universalist Association's Principles were adopted by the General Assemblies in what two years?

The other principles are: "The inherent worth and dignity of every person"; "Acceptance of one another and encouragement to spiritual growth in our congregations"; "A free and responsible search for truth and meaning"; "The right of conscience and the use of the democratic process within our congregations and in society at large"; and "Respect for the interdependent web of all existence of which we are a part".
20. Which Unitarian Universalist symbol was designed by Austrian artist Hans Deutsch? 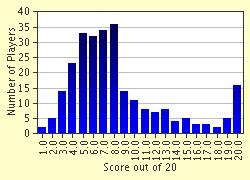 
Other Destinations
Explore Other Quizzes by colltrivia