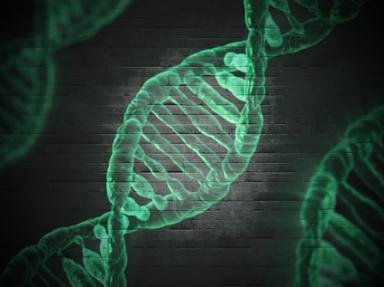 This is a quiz based on DNA replication. If you know some basic molecular biology you should do okay. If not then hopefully you will learn something.

Quiz Answer Key and Fun Facts
1. In double stranded DNA how do the four bases (C,A,T,G) pair up with each other?

This complementary base pairing is the basis of DNA replication. This ensures that both of the strands of DNA have exactly the same message contained in them. In fact when Watson and Crick first built their model of the structure of DNA, this relationship was so striking that it immediately showed them how DNA would replicate itself!
2. During DNA replication what is the first process to occur?

First the DNA is unwound partly then synthesis of the leading and lagging strands occurs simultaneously, although the leading strand is quicker (hence the names). Sealing of the nicks is what occurs as part of replication of the lagging strand, because this strand runs in the opposite direction to DNA synthesis so must be generated in short sections as the DNA unwinds.
3. DNA replicates through what process?

It is known as semi-conservative because each daughter molecule of DNA has one old and one new strand of DNA. This allows the genetic code to be copied across intact to the new DNA molecules. If it were conservative, then one daughter molecule would have both old strands and the other would have both new strands. Dispersive replication would be where each strand of DNA would have sections of old and new DNA interspersed along its length. Neither of these models would allow for accurate copying of the genetic material. Disparative replication is something I just made up.
4. Which of the following enzymes is not as involved in DNA replication as the others?

Each strand of DNA has two ends. One is known as the 5'end, whilst the other is known as the 3' end. DNA replication always occurs in the 5' to 3' direction, however as the two DNA strands run in opposite directions only one strand can be replicated contiguously in that direction. For this reason short sections of DNA are constructed 5' to 3' on the lagging strand.

Then the enzymes wait until the DNA has unwound a bit more, then they construct another fragment. These are known as Okazaki fragments.
6. The fragments of DNA formed on the lagging strand are approximately how many nucleotides in length in prokaryotes?

This is because an RNA primer is laid down every 1000 nucleotides. The DNA polymerases then attach single nucleotides to this primer, extending its length until it butts up against the one before it.
7. Which of the following is NOT a function of DNA polymerase I?

It acts as a 5' to 3' exonuclease to destroy the RNA primer on the lagging strand and then as a polymerase to replace the RNA section with DNA nucleotides.
8. DNA helicase is found where?


Answer: It adds single nucleotides to the growing DNA strand

DNA polymerase III recognises the short (approximately 10 nucleotide) RNA primers and begins to add nucleotides to the strand. If it reads a T it will add an A, or if it reads a C it will add a G and vice versa.
10. Which three people were awarded the Nobel Prize for the discovery of the structure of DNA: the double helix?

Watson and Crick were awarded it for their construction of the model of the DNA double helix. Wilkins was responsible for initiating the X-ray crystallography work on DNA. Rosalind Franklin took the superb X-ray photographs upon which Watson and Crick based their model.

However by the time the Nobel prize was awarded Rosalind Franklin had passed away and the award cannot be given posthumously. On the other hand, we will never know if she would have received one, had she survived. The award can only be shared by a maximum of three people so one of the others would have had to miss out.
Source: Author kylie_wags 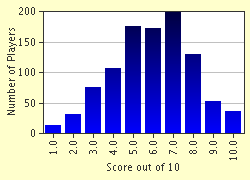 
Other Destinations
Explore Other Quizzes by kylie_wags