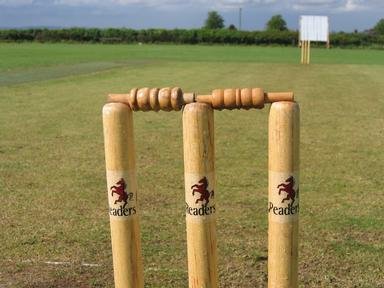 The Indian Premier League (IPL) is a twenty-twenty cricket league started on the lines of the English football league. A number of top players are slated to play in the first edition of this series in 2008.

Quiz Answer Key and Fun Facts
1. Who is the organiser of the Indian Premier League tournament?

The Indian Premier League is the brainchild of the BCCI (Board for Control of Cricket in India). The Indian cricket board and its Vice-President Lalit Modi are behind the IPL venture. IPL has its own establishment with Lalit Modi as its Chairman and Commissioner and Sundar Raman as its CEO. ICC (International Cricket Council) has given its nod for IPL, but is not involved anyway in the tournament. ESPN Star incidentally is the organiser of the Indian Premier Hockey League (PHL).
2. Each of the IPL teams have innovative name. What is the name of the team captained by Ganguly and coached by Buchanan?

The Kolkata team is called as Kolkata Knight Riders. The owner of the league is filmstar Shahrukh Khan. The captain is Saurav Ganguly and the coach for the team is John Buchanan. Among other players contracted by Kolkata are Ricky Ponting, Shoaib Akthar, Ishant Sharma and Chris Gayle.
3. Which team does Shane Warne represent in the IPL?

Shane Warne represents the Jaipur team Rajasthan Royals in the IPL. Following his retirement, Warne was lured by IPL and also the rebel ICL. Warne opted to go with IPL and was signed up by the Jaipur franchisee.
4. Who was the one player who was not taken by any team in the auction?

Pakistani Mohammed Yousuf did not receive any bids in the auctions. This was because he was initially associated with the rebel Indian cricket league (ICL). He later on decided to switch to the IPL, but the ICL decided to sue him. As a result of the court battle, no league wanted to take the risk of bidding for him.
5. The IPL was started by the Indian cricket board in response to the rebel cricket league ICL. Which famous cricketer is associated with the rebel ICL?

Legendary Indian all-rounder Kapil Dev is associated with the rebel Indian Cricket League. After India's disastrous defeat in the 2007 World Cup, the head of the Zee group Subash Goel, announced the start of the ICL to promote cricket and discover new talent. Kapil Dev is the cricketing head of ICL. For his role in ICL, the Indian board sacked him as head of the National Cricket Academy. Sunny Gavaskar, Ravi Shastri and Mansoor Ali Khan Pataudi are associated with the official IPL.

The IPL is recognized by the ICC. The other International cricketers associated with the rebel ICL include Tony Greig and Dean Jones.
6. Former New Zealand great Martin Crowe is associated with one of the teams, which one?

Martin Crowe is the Cricketing Director of the Bangalore team, Royal Challengers. He was invited to the league by Bangalore captain Rahul Dravid.
7. Many big Indian businessmen are involved with the IPL. Who among the following is associated with IPL?

SET Max, a channel of the SONY group has won the telecast rights for IPL. Through a bidding process, the IPL awarded the telecast rights to SET Max, which was the highest bidder. SET Max earlier had the rights to ICC events in Asia. SET Max bid for the rights along with World Sports Group(WSG).
Other telecasters worldwide include Network Ten (Australia), Setanta Sports (UK), ART Prime Sports (Middle East), Willow TV(North America) and SuperSport (South Africa).
9. Which team does Australian great Adam Gilchrist represent in the IPL?

Adam Gilchrist was in great demand for the IPL as he had just retired and could play full time for IPL. He plays for the Hyderabad team (Deccan Chargers).
10. Saurav Ganguly was designated as an icon player by IPL.

The IPL designated few players as icon players. The concept was that, these players would receive 15 percent more fee than the highest paid player in their team. Dravid, Ganguly, Tendulkar, Yuvraj and Sehwag were designated as icon players. Laxman voluntarily relinquished the icon tag offered by his Hyderabad team, thereby allowing them to bid more for players like Symonds and Gilchrist.
Source: Author deepakmr 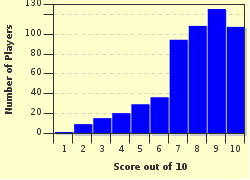