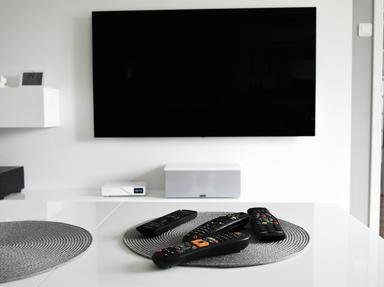 "My So-Called Life" is one of the best t.v. shows about teen angst of all time! If you watched the show as much as I have, you should enjoy this quiz!

Quiz Answer Key and Fun Facts
1. What drug, besides alcohol, did Rayanne take the night she overdosed?

Rayanne had taken ecstasy and was saving another hit for later. After Patti had saved Rayanne's life, she gave the other pill to the proper authorities.
2. In the last episode, Jordan wrote a love letter to Angela.

Brian actually wrote Angela the love letter.
3. How many boys had Angela kissed in her life before Jordan?

Before Jordan, Angela had kissed a camp counselor, a boy at her cousin's wedding, and a lifeguard.
4. What was the name of the magazine that we see both Patti and Angela reading in "The Zit" episode?

Angela has a vision of the girl on the cover talking to her in the girl's room.
5. On New Year's Eve, where was Jordan?


Answer: In his car

Quickly flashing through all the characters at midnight, we see Jordan sitting in his car at a red light.
6. What was Sharon returning to Angela's the day Angela asked her about sex?

Sharon was returning the Chase's chafing dish when she and Angela had their heart to heart talk about sex.
7. What was the name of the club Buffalo Tom played at?

Vertigo was the coffee house Rayanne sang at and Let's Bolt was the club they went to in the pilot episode.
8. Who said this line: "I belong nowhere."

Ricky and Angela were having a heart to heart talk about their feelings regarding themselves and the people they loved.
9. What song was playing in the gym when Angela had her flashback of the Halloween Dance?

While sneaking into the school on Halloween Night, Angela became engulfed in the world of Nicky Driscoll and how he died in the sixties.
10. What class did Sharon and Rayanne share?

This quiz was reviewed by FunTrivia editor ladymacb29 before going online.
Any errors found in FunTrivia content are routinely corrected through our feedback system.
Related Quizzes
1. 'My So Called Life' Quiz 2 Average
2. My So Called Life Difficult
3. My So-Called Life Average


Other Destinations
Explore Other Quizzes by kell9979

More My So Called Life Quizzes