How well do you know "NCIS"? Take this quiz to prove how big of a fan you really are!

Quiz Answer Key and Fun Facts
1. In Agent McGee's book "Deep Six", two of the characters very much resemble Tony and Ziva. Prove you're a super fan and name these two book characters.

The characters "Tommy" and "Lisa" in McGee's book were based on Tony and Ziva. McGee turned Gibbs' likeness into a character named "L.J. Tibbs". Most of the team resented the fact that McGee would not admit to basing characters in his book off of them. After a psycho started killing off the real life inspirations of the characters in his book, McGee was forced to admit the truth.
2. Who does Jethro always take out to dinner for their birthday?

He always takes Abby out to dinner for her birthday. In one particular episode, she was quit distraught, assuming that Jethro had forgotten about her birthday because he was busy working a case. After being very short with Jethro for most of the day, Abby realized that Jethro had some how managed to slip past her and leave a gift on her desk! Jethro loves using those sneaky sniper skills he has!
3. What is the nickname of the Bravo 51 sniper rifle that was used by Ari when he was trying to kill the female members of Gibbs' team?

The irony is that Kate was killed by a gun, that in slang, is called a "Kate". Originally, when Kate is killed, the team was unsure if Kate or Gibbs was the intended target. After Abby ran the ballistics analysis, she informed Gibbs that the gun used by Ari was a Bravo 51 sniper rifle. Gibbs then told her that that type of sniper rifle is called a "Kate". From this he deduces that Kate was the original target.
4. Director Vance seems to have an established relationship with Ziva's father. What is her father's first name?

Eli is an appropriate name for the leader of Mossad. The name Eli means "ascension" in Hebrew. By the way, the name Ziva means "splendid" in Hebrew.
5. When Ziva attempts to rejoin the team after being rescued from Africa by Gibbs, McGee, and DiNozzo, what gift does she give to Gibbs in his basement?

Ziva knows that Gibbs doesn't use power tools when he builds boats. For this reason a skill saw and power sander are out of the question, and Jethro doesn't need a lathe to build a boat. Jethro accepts the gift, but later questions Ziva about her true intentions for wanting to rejoin the team.
6. If you've taken the other "NCIS" quizzes, you know that Abby's biggest pet peeve involves people that eat chicken but claim to be vegetarian. Only super fans know that this is Abby's second biggest pet peeve!

While Abby and McGee were going through some evidence that the police had given them regarding a case, Abby asks McGee if he knows what her biggest pet peeve is. He tells her, "people who claim to be vegetarians but eat chicken?" Surprised he remembered, Abby asks him if he knows her second biggest pet peeve. McGee then replies, "mishandled evidence." Pleasantly surprised, Abby then proceeds to rant about what is wrong with the evidence they received.
7. When McGee gets poison ivy, Gibbs gives him the recipe for a handy remedy. One of the ingredients is white vinegar. What is the other ingredient?

Even though Gibbs gives McGee the remedy, he would not let him leave his desk to go try it out until he finished the task he was assigned. Later on, in Abby's lab, she mentions that she has the perfect solution. Of course she gives him the chemical names for the ingredients.

After some translation back into normal terms, McGee discovers the ingredients are the same as the ones Gibbs recommended. Unlike Gibbs, Abby is nice enough to mix him up a batch!
8. What piece of jewelry does Ziva always wear?

She always wears a Star of David. She wears it as a pendent on a gold chain. She is quite proud of her faith, and has taken heat about it from several suspects and several local LEO's.
9. As most fans know, especially the males, Abby has a large tattoo across her back. What is this tattoo of?

In the opening credits, one of the clips shows Abby with her back to the camera changing shirts. This shot clearly shows the huge tattoo of a cross on her back. I believe you can also see the cross during the earlier Halloween episode when Abby is dressed as Marilyn Monroe.
10. Agent Gibbs: "I don't believe in ________!"

Gibbs has been married four times, so he obviously believes in the notion of marriage. The way he talks about his last three wives, he most certainly believes in divorce. When he has flashbacks of his wife and daughter you can be very certain that he loved them. As any of his team could tell you, he 100% does not believe in coincidences!
Source: Author TRNchick 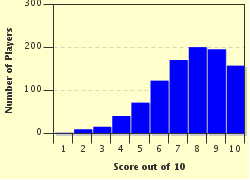 
Other Destinations
Explore Other Quizzes by TRNchick