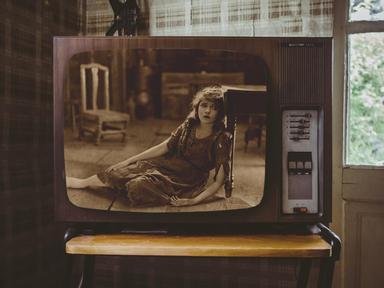 Watching the great old television series on DVD has become a favourite pastime around my house. It's amazing just how many of the old series are available now. Join me in a walk down Memory Lane!

Quiz Answer Key and Fun Facts
1. Teenage life in the 50s, and all its idiosyncrasies, was explored in this television series. Of course no such show would be complete without a hard-working father, quirky but lovable mother and the coolest, motorcycle-riding greaser you could ever hope to meet. What popular show, where everyone hung out at Arnold's, was this?

"Happy Days" ran for an amazing 11 seasons from 1974 to 1984. It starred Henry Winkler as Fonzie, and Ron Howard played Richie Cunningham, before he lost his hair and took up a place on the other side of the camera, as one of the best directors of our generation.
2. This sitcom played on the culture shock of taking a simple, backwoods family, making them rich and transplanting them into a wealthy but snotty community. The old adage about not being able to take the girl out of the country was played to the hilt, as the young and beautiful daughter gathered her critters around her. Which knee slapping comedy was this?

"The Beverly Hillbillies" ran for nine seasons between 1962 and 1971. Buddy Ebsen played the family patriarch, Jed, with Donna Douglas as his lovely daughter. Irene Ryan played Granny, who had her hands full keeping the less than brilliant nephew, Jethro, played by Max Baer Jr., in line.

The tension between these simple people and their greedy banker, played by Raymond Bailey, supplied the fodder for a lot of the laughs.
3. This series examined life in a simpler time, before electricity and the alienation that's inherent in large cities. Family values and a sense of community had real meaning back then, especially for three sisters finding their way through life. What was the name of this show, which was told through the recollections of one of the daughters?


Answer: Little House on the Prairie

"Little House on the Prairie", which ran for nine seasons, between 1974-1983, was based on a series of books written by Laura Ingalls-Wilder. It dealt with family issues on the American frontier, and starred Melissa Gilbert, Michael Landon and Karen Grassle.
4. This comedy followed the lives of an upper class, radio show psychologist, his producer, his equally sophisticated brother, their down to earth father and his quirky live-in therapist. In what show did the title character reluctantly welcome Eddie into his home?

A spin off from "Cheers", "Frasier" ran for 11 seasons, from 1993 to 2004. Frasier's attempts to create a new life for himself after his divorce took a spin in an unexpected direction when his disabled father moved in with him, complete with his somewhat kooky therapist and Eddie, his Jack Russell terrier. Kelsey Grammer and David Hyde Pierce starred.
5. This series watched the antics of a mismatched group from a tour boat that shipwrecked in a storm. Their efforts to build a comfortable life, while devising a way to get off the island, provided the fodder for some good laughs. What series showed us what could go wrong when a storm hit during a three hour tour?

As legendary as "Gilligan's Island" has become, I was surprised to find that it only ran for three seasons, from 1964 to 1967. The needs of and tensions between the different personalities made for some funny moments. Guest stars, who were going to get them off the island but always let them down in the end, added some new dynamics. Bob Denver, Alan Hale Jr., Jim Backus, Natalie Shafer, Tina Louise, Russell Johnson and Dawn Wells starred.
6. This series followed the adventures of three beautiful private investigators, who found that regular police work wasn't very stimulating, because of the types of assignments they received. Instead they accepted work in a private agency. What show was this, where we never actually met the girls' boss?

"Charlie's Angels" ran for five seasons, between 1976 and 1981. Each show started with the girls listening to their assignments, given over the phone by the elusive Charlie, voiced by John Forsythe. Their efforts to finally see him became an underlying theme. With a number of cast changes over the years, the original three angels were played by Kate Jackson, Farrah Fawcett and Jaclyn Smith. Fawcett was replaced by Cheryl Ladd and Jackson was replaced by Shelley Hack who was in turn replaced by Tanya Roberts.
7. This series followed the goings on at the Shady Rest Hotel, a spot run by Kate and her three daughters, with the sometimes assistance of their lazy Uncle Joe. What show was this, where all the girls had double barreled first names?

"Petticoat Junction", which ran for seven seasons, between 1963 and 1970, shared the same town as and some of the same characters of "Green Acres" (1965-1971). The girls, Billie Jo, Bobby Jo and Betty Jo, helped their mother run the hotel, while growing up and living lives of their own.

The arrival of the train, the Cannonball, was cause for great excitement at the hotel and in the neighbouring town.
8. This series gave us a peek into the lives Tanner family, and how life was for them after the little furry alien came to live with them (after crashing into their garage). What show was this, named after the cat loving alien?

"ALF" ran for four seasons, between 1986 and 1990. Hailing from the planet Melmac, Alf was so named by the Tanners, who chose the name because he was an Alien Life Form. Alf soon found that living on Earth wasn't so bad after all, and it became a struggle for the Tanners to keep his presence hidden from the rest of the world, and to keep the family cat from becoming his dinner. Paul Fusco provided the voice of Alf.
9. This series had a group of World War 2 prisoners of war running a campaign of sabotage and espionage, to disrupt the German War effort, from the P.O.W. camp where they were presumably interned. What show was this, where the Sergeant knew nothing at all?

"Hogan's Heroes" ran for six seasons, between 1965 and 1971. Under the command of Col. Hogan, the P.O.W.s slipped in and out of camp at will, transported allied personnel around the country, blew up strategic locations and generally enjoyed the finer points of the war.

The bumbling Col. Klink (played by Werner Klemperer) didn't have a clue, and Sgt. Schultz (played by John Banner) didn't want to know.
10. This series followed the adventures in an off-beat New York City police precinct, situated in an old run-down building and staffed with an interesting assortment of personalities. Which very funny series, shot almost entirely within the precinct squad room, was this?

"Barney Miller" ran for eight seasons, from 1975 to 1982. Hal Linden played the level-headed captain, who had his hands full dealing with the quirky personalities of his staff, the building falling down around him and the assorted criminals and other vistors who came into his squad room to liven things up.
Source: Author skunkee 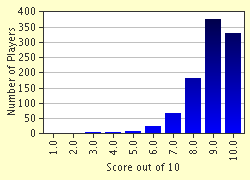