Hi "One Tree Hill" fans, I consider myself an "OTH" fanatic! Since this is my first quiz, I won't make it too tricky! Enjoy!

Quiz Answer Key and Fun Facts
1. In season 1, what did Lucas say was the collective noun for crows?

Haley told Lucas that she had an encounter with crows, Lucas then told her that as a flock, they are a murder of crows. Haley then asked what a flock of ravens are. Lucas answered, "an unkindness".
2. In season 2, somebody sang, "The shower is hot, and so is ..." Who was this person who sang about himself being hot like a shower?

"The shower is hot and so is Felix". Felix, while benefiting with Brooke, took a shower in Haley and Nathan's apartment before the girls had their slumber party.
3. In season 3, who did Brooke choose as her Fantasy Boy Draft pick?

In an attempt to mess with Rachel, Brooke tried to steal her Fantasy Boy Draft pick, who she thought was Chris Keller, but after Brooke's plan with Bevin failed, Rachel picked Lucas Scott, to Brooke's dismay.
4. In season 4, how did Peyton realise that Psycho Derek was in fact a maniac posing to be her brother?


Answer: She realised that he was "Watchmewatchu"

Psycho Derek had been watching Peyton for a while before he showed up to Tree Hill as her alleged brother, through her webcam. He studied her and her life through her podcasts and she began to get freaked out when somebody called "Watchmewatchu" contacted her pretending to be Lucas.
5. In season 5, why was Nathan put into a wheelchair?


Answer: He was thrown through a window during a fight

In season 5, Nathan was a rather sour, angry shell of the man he used to be because he felt his career and life was over because he thought he could no longer play basketball after his accident.
6. In season 6, who did Lucas arrange to come to his wedding to see Brooke?

Lucas expected Julian to arrive at his wedding to Peyton dateless and therefore surprise Brooke, but Julian brought the actress who was to play Brooke in Lucas' film adaptation of his novel.
7. In season 7, who was Quinn's husband whom she was filing for a divorce from?

Quinn left her husband David and went to live with Haley and Nathan.
8. In season 8, Brooke fell pregnant and had what?

In the season 8 finale, Brooke and Julian welcomed their twin boys into the world.
9. Which character returned in season 9 as a regular?

Dan Scott, along with Chris Keller, were cast as regulars in season 9. There was no mention of Peyton returning but a guest appearance by Lucas was arranged.
10. After eight seasons, what did Haley and Brooke reopen to try bring the old "One Tree Hill" vibe back?

Haley, then a mother of two, and Brooke, a mother of two as well, reopened Karen's Cafe so that they could have a place to bring up their families and hold open mic nights like Karen did.
Source: Author SashaJade 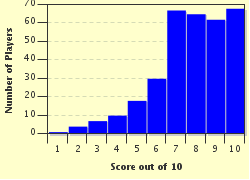 
Other Destinations
Explore Other Quizzes by SashaJade