Match the past and present airlines to their areas.

Quiz Answer Key and Fun Facts
1. Jet is a domestic airline in which country?

2. Sunflower Airlines operates in which country ?

Based in Nadi ( NANDEE) their motto is 'The airline with a heart'.
3. Far East Airlines flies between which 2 places?

A helicopter service between the 2 cities which takes about 20 minutes.
4. TEAL (Tasman Empire Airways Limited) was based where?

TEAL evolved into Air New Zealand and in the beginning used Flying Boats for its Coral and trans-Tasman routes.
5. A member of Star Alliance, the ANA airline is from where?

ANA- All Nippon Airways, is a large international airline.
6. Ryanair is associated with which country?

7. TAA belonged in which country?

Originally named Tradewinds, Silkair is a subsidiary of Singapore Airlines.
9. The word 'Caledonian' in British Caledonian referred to which place?

Since absorbed into British Airways, B-Cal sported the Scottish lion on its tail.
10. Where was UAT from?

Later it was to become UTA then ultimately Air France.
Source: Author sailorsam 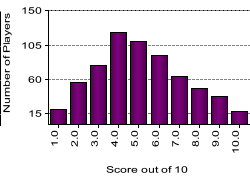 
Other Destinations
Explore Other Quizzes by sailorsam