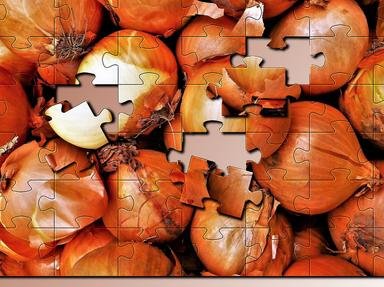 Boiled lollies are hard lollies such as Pear Drops, Aniseed Balls and Rhubarb and Custards. They are called boiled lollies because the sugar, or whatever sugar-based syrup is being used, has to be heated to 160ﾟ(320 Fahrenheit) to get them to the correct temperature and a 'glassy state'.
2. Lies say verse

Also a hard candy, LifeSavers are a little different, because they have a hole in the middle. They have been around (Sorry, absolutely no pun intended!) for more than a century... 1912 to be precise, and were invented by Clarence Crane in the USA.
3. Wok heroed

Rocky Road is a cross between a slice and a chunk. It is made by mixing melted chocolate (usually milk chocolate) with other ingredients; namely marshmallow, nuts and glace cherries, but it can also have desiccated coconut and/or biscuit pieces too. Either way, it's very yummy ... and about a gazillion calories!
4. Shoo income

Chewing gum is a soft small stick (or sometimes a small ball) that's designed to be chewed. To be honest, the ingredient list doesn't make me want to race out and buy a packet! Chewing gum mainly includes gum, resin, fillers, softeners and antioxidants. Having said this, flavoured chewing gum has been around since 1860, and is enjoyed by millions every day.
5. Mort ease hers

My favourite! These yummy little balls of happiness have crisp malt centres and are covered in a smooth chocolate. They are made by Mars, a British company, and have been around since 1937. They were originally sold in a box and were marketed as energy balls.

A 2020 poll conducted by YouGov found Maltesers to be the most popular confectionery in the UK. Maltesers have been around in Australia since 1954 but did not become available in the US until 2017.
6. Caught on kindy

Cotton candy is also known as 'candy floss' or 'fairy floss' and is often served around a stick - for ease of eating and for having non-sticky fingers. It is basically spun sugar mixed with food colouring. Though there are beliefs that cotton candy has been around for centuries in one form or another, it was first introduced to a wide audience at the Missouri World Fair in 1904.

(Editor's note: For those who wonder about he word 'kindy', as I did, it is apparently a slang term for Kindergarten, used chiefly in Australia and New Zealand.)
7. Bell gem war fells

It is unknown where the first waffle was cooked, however we do know that in ancient Greece people were toasting a cereal-based batter as a tasty treat, and that this was akin to a waffle. The word 'waffle' apparently derives from medieval times when people from all walks of life in Europe enjoyed 'wafers' which were made from flour, water, milk and eggs, which were then cooked over an open fire between iron plates with nice long handles. 'Wafers' gradually got deeper over time and eventually they started being called 'wafels', which is Dutch for flat biscuit. In the early 18th century, the English added an extra 'f' and hence the modern-day waffle was born.

A waffle now is a light dessert made from leavened batter or dough which is pressed between two grooved hot-plates so it develops a distinctive pattern when cooked. For anyone who is wondering what the difference is between a Belgian waffle and a US waffle, it is that a Belgian waffle usually has deeper pockets and contains crunchy pearl sugar - a coarse sugar used extensively in Europe for baking.
8. Cat beery rows ease

Cadbury Roses were launched by Cadbury in 1959. They are individually-wrapped chocolates that come in a box. The mixed flavours have changed over the years, but usually include mint, caramel, some form of nut and nougat. I don't know if anyone else remembers, but for many years they had an ad campaign that sang "thank you very much for doing the dishes... " As such, Roses were the chocolates you gave to your mum.
9. Toe blurr own

Toblerone is probably best-known for its unique shape; a sort of triangular tube, or peak shape. It was created in 1908 by Theodor Tobler in Switzerland. The name (no surprise) is a portmanteau of its creator, and 'Torrone' the Italian word for nougat. It is essentially chocolate with honey and almond nougat (and makes an extremely nice base for a chocolate mousse!)
10. Crease mast put in

The very first puddings were made in the 14th century, but bear very little resemblance to the delicious puddings we have now. Back then, they were a strange mix of mutton or beef, raisins, prune, wine and spices.

These days they are more like a dense fruit cake, and usually contain a bit, (or a lot if you are so inclined!), of alcohol, usually brandy. My family still set ours alight each year, but the sixpences are sadly long gone. You can still cook coins into a pudding, but because of the metals now used, you need to sterilise them thoroughly and wrap them in greaseproof paper.
Source: Author heatherlois


Other Destinations
Explore Other Quizzes by heatherlois