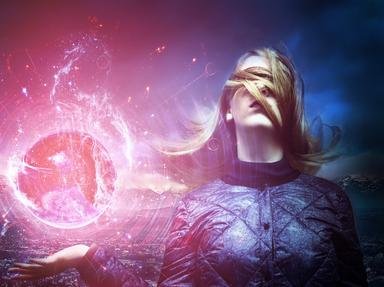 Ten words related to Italy are hidden in these sentences! The answers may hide in more than one word, and may have punctuation in between, but the letters will always be next to each other without words in between. Good luck finding hidden Italy!

Quiz Answer Key and Fun Facts
1. After the fire, in brief, ash I only put in the metal can to avoid starting a new fire. I was careful not to get ash on my fancy, designer clothing. What is the runway industry that shines brightly in Milan each year?

Many famous clothing designers are from Italy. Milan is a city in the north part of Italy. Many of the fashion companies are in Milan, and a very popular week-long show of new fashions happens in Milan two times each year. Fashion includes men's and women's clothing and things such as shoes and handbags. During Milan Fashion Week, models wear the new styles and walk in front of the crowd. Most people who go to the show work in the fashion industry.

Player pusdoc does own some Ferragamos, but most Italian fashion is out of her reach
2. Spas take up a lot of backyard space. Maybe we should wait until we eat our noodles before planning our new project.

Pasta is the word we use for the noodles served with Italian food. They can be in many shapes - long, skinny spaghetti or butterfly shaped farfalle or tube-shaped penne. Lots of different toppings are served with pasta, such as tomato sauce and meatballs. Old stories say that explorer Marco Polo brought pasta to Italy from China, but we don't think this is true. It probably started in China or other country in Asia, but came to Italy sooner than Marco Polo's trip.

Player pusdoc of Phoenix Rising cooks and consumes large quantities of pasta.
3. The class went "boo" to let the teacher know that Italy isn't shaped like a mitten when she asked them. What article of clothing is it shaped like?

Italy is very easy to recognize on a map. Located in the middle of the Mediterranean Sea, the Italian peninsula is shaped like a boot - its nickname in Italian means "The Boot". The "heel" of the boot is in the Adriatic Sea. The long, narrow region of Calabria is the "toe". Northern Italy is not considered part of the peninsula, and is separated from the peninsula by the Po, Italy's largest river.

Another nickname for Italy is "The Beautiful Country" because of its huge cultural heritage and landscape, which includes coastline, mountains, forests, and gently rolling hills.

LadyNym of Phoenix Rising's Red Crew, who loves Italian shoes and boots, wrote this question.
4. Philip is asking about architecture. How odd! He must want to visit the leaning tower while visiting Italy.

PhiliP IS Asking about architecture . . .

Pisa is a city and port in Tuscany which lies in the centre left hand side of Italy. The river Arno runs through the city and leads down to the Ligurian Sea. It is thought that 'Pisa' means 'mouth' in an old language known as Etruscan, as the city is on the mouth of the river.

It is most famous for its leaning tower, which is really the bell tower of the cathedral. It is 55.86 metres high on one side, and 56.67 metres from the ground on the other. It leans because the ground was too soft to take its weight when it was built in the 12th Century. Engineers in 2008 have worked to make sure that the tower is supported and although it still leans, it shouldn't fall over.

Red Crews smpdit wants to visit and take a picture of herself holding up the tower like a proper tourist!
5. My favorite Shakespeare play is "Romeo and Juliet". It was not set in the capital of Italy.

My favorite Shakespeare play is "ROMEo and Juliet". . .

Rome has been the capital of Italy since 1871. Over 2,000 years ago it was the capital of a vast empire that spread from the Mediterranean into Europe and the Middle East. Many remains of the Roman empire such as the Colosseum and the Forum - can still be seen in modern Rome. Rome is also the only city in the world that contains another country: Vatican City, whose head is the Pope, is inside Rome.

Rome is also a great place for authentic Italian food. Roman-style pizza is very thin and crispy, and a lunch of freshly made noodles with bacon, eggs and cheese (called pasta alla carbonara), will fill you up until dinner time!

Shakespeare's play "Romeo and Juliet" is not set in Rome, but in the city of Verona, which is over 500 km (300 miles) away. The name "Romeo" means "pilgrim to Rome", so a Rome connection is there.

This question was written by LadyNym of Phoenix Rising's Red Crew, who was born in Rome quite a few years ago.
6. She is going to live in Sicily after college. Her plan is to make it big in horticulture, pruning one tree at a time.

Olive trees arrived in Italy from Greece where they became a common part of the diet. Olives are cured and are eaten as snacks, or added to dishes. They can be either green or black - sometimes the black ones are more purple. They are crushed to extract the oil which is used as an ingredient in dishes or added as a dressing or for cooking.

Olives and olive oil contain healthy fats with large amounts of compounds called polyphenols that are very good things to have in our diets. Olive trees grow all over Italy but most of the oil is made from trees in the Apulia region which is in the 'heel of the boot'

Red Crew's smpdit likes to dip bread into olive oil and balsamic vinegar.
7. Our dog likes to chew things. Mom asked me to buy Atlas a gnawing bone while I was shopping for flat noodles and sauce.

Lasagna is a favourite Italian dish of flat pasta layered with meats and cheese. A vegetable layer can be added as well or used to replace the meat. The meat layer can be made of Italian sausage, meatballs or a meat sauce made with beef and pork. The cheese layer is a white béchamel sauce with mozzarella cheese, sometimes ricotta cheese is added too. In Bologna (where bolognese sauce got its name), spinach is added to the pasta to make it green.

The cartoon cat Garfield is famous for his love of eating lasagna.
Lasagna is spelt lasagne outside of the US.

Like Garfield, Phoenix Rising's leith90 likes lasagne as well, but with extra sauce and extra cheese.
8. When Papa came home from working on his gondola, he saw the kids doing science homework. He said, "the oven iced over! What went wrong?"

Venice is the capital city of Italy's northeastern region of Veneto. Famous for its many canals and bridges, Venice is not built on the mainland but on an archipelago of over 100 small islands in the Venetian lagoon between the Po and Piave rivers. Because it is a lagoon, Venice is subject to seasonal flooding.
With the number of canals, it is easier to get around the city on the water instead of roads. A gondola is a flat-bottomed boat designed especially for use in the canals. It is not run by motors, but is propelled by a 'Gondolier' who stands at the rear of the craft and uses a long oar or paddle for steerage and momentum.

Phoenix Rising's leith90 has never been to Venice, but does like being on the water.
9. Angela took me to her favorite Italian ice cream shop after dinner. The best flavor was strawberry.

Gelato means any kind of ice cream in Italian and has been around since the 1530s! In English, gelato and ice cream are two similar treats. While the two have different amounts of basically the same ingredients, such as milk, cream, and sugar, the texture is very different. Ice cream is churned faster than gelato and has more air, which makes it fluffier than gelato. Gelato is very smooth and creamy.

The Phoenix Rising team's jaknginger loves both strawberry gelato and strawberry ice cream!
10. "Why are you so glum, Karen?", asked mom. You should show more pizzazz! Have another slice! Life is too short!

The modern pizza originated in Naples, Italy hundreds of years ago. A pizza in early times was made from round dough, tomatoes, and cheese then baked in a very hot oven. Of course, other toppings could be added, like vegetables or meat. The first pizzeria in the US was in New York City. It opened in 1905.


Other Destinations
Explore Other Quizzes by pusdoc

Go to Wordplay for Kids Quizzes